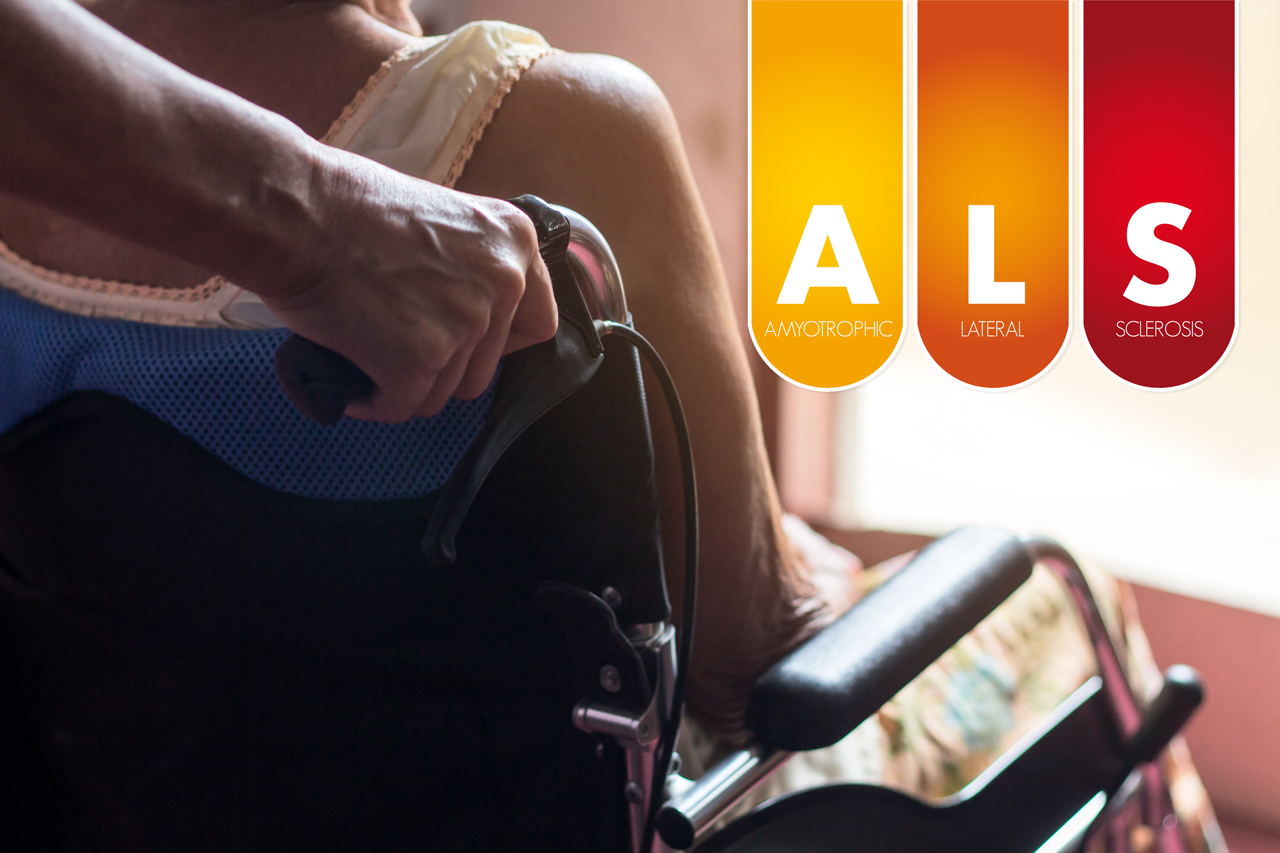 Amyotrophic lateral sclerosis (ALS) is a progressive, neurodegenerative disease in which motor neurons die. Since the motor neurons that die control voluntary muscles, the disease causes great difficulty for those who must live with it. They will experience loss of motor control of the arms and legs which causes them to frequently trip and fall, drop things, and have cramps and twitching. Persistent fatigue and slurring words are additional hardships to endure. Eventually, the disease will cause trouble breathing, swallowing, paralysis, and death.

More than 20 genes have been implicated in ALS, so finding a one-size-fits-all solution has proven elusive. However, two genes are mutated more often than any of the others: the superoxide dismutase 1 (SOD1) gene and the chromosome 9 open reading frame 72 (C9ORF72) gene (1). We recently discussed tofersen, an ASO that is in phase 3 clinical trials to treat ALS caused by mutations in the SOD1 gene that is responsible for up to 2% of all cases.

Another promising ASO has been developed to suppress a mutant form of the C9ORF72 gene, which is the most common genetic cause of sporadic and familial ALS as well as frontotemporal dementia (FTD). This mutant form of C9ORF72 contains a GGGGCC (G4C2) hexanucleotide repeat expansion that is far longer than usual (2).

This ASO, called afinersen, was tested in a single-patient pilot study after undergoing testing in mice, sheep, and cynomolgus monkeys. The study, led by Robert H. Brown, MD, DPhil and Jonathan Watts, PhD used an ASO engineered in the RNA Therapeutics Institute at UMass Chan Medical School. In addition to Dr. Brown and Dr. Watts, study authors Helene Tran, PhD, Michael Moazami, PhD, along with many other colleagues and the clinical trials team were vital to the successful completion of the study.

The patient was a 60-year-old man with a C9ORF72 G4C2 expansion with approximately 2,400 repeats. (Normally, the sequence only repeats 20-30 times.) He was diagnosed with ALS after noticing a left foot drop after running, and a slow progression of weakness in his hands and feet. Testing revealed that he had elevated levels of poly(GP) dipeptides in the cerebrospinal fluid (CSF). This is significant as the poly(GP) dipeptides are a neurotoxin that contributes to disease pathology.

Afinersen targets the intronic region flanking the G4C2 repeat expansion. The goal was not to completely eliminate all C9ORF72 protein, as that could possibly harm the cells. Instead, the team focused on reducing specific variants. Transcription of the C9ORF72 gene produces three transcript variants. V1 produces a short protein isoform of 222 amino acids while the other two, V2 and V3, produce a longer, predominant C9ORF72 protein of 481 amino acids. In this treatment, the team successfully suppressed expression of V1 and V3 which harbor the expansions, while allowing baseline levels of V2, which produce the full-length C9ORF72 protein. Due to the chemical modification pattern used, no delivery vehicle was necessary and the therapeutic was injected directly into the patient’s spinal fluid to target the cells of interest.

The patient received a series of doses. Sequential doses of the maintenance dose significantly reduced the levels of poly(GP) dipeptides in the patient’s cerebrospinal fluid, with a drop of approximately 80% which was sustained throughout the remainder of the treatment period. Significantly, his Amyotrophic Lateral Sclerosis Functional Rating Scale score remained largely stable, whereas it had already progressed to 10 points below normal by the time that treatment had begun. Additionally, he did not experience any adverse effects and his laboratory safety studies were unremarkable.

The paper is very interesting, as it discusses the development of the ASO, including specifics ranging from which ASO sequences and modification patterns were tested in the creation of afinersen, to whether delivery by ICV bolus or pump was more effective.

The Watts Group at the RNA Therapeutics Institute has done much work optimizing the chemistry and delivery of oligonucleotides, including ASOs. Their goal is to harness chemistry and biology to help make oligonucleotides a major class of drugs. Developing an ASO that successfully treats the most common genetic cause of ALS would definitely go a long way toward furthering that goal.

Although the ASO was designed for this trial that was conducted in a single patient, it is likely that it could be used in other patients with the same mutation and the team is planning to launch a multi-person clinical trial. However, this highlights the feasibility and affordability of creating an ASO to test in just one person – whether they are representative of a wider population with the gene target, or if they are the only known person with an N-of-1 genetic disease-causing mutation.

This is the beauty of oligonucleotide therapeutics and ASOs in particular. Once we create a safe and effective ASO which can be delivered to a specific type of cell, bind to target mRNA, and prevent the production of a specific protein, then it should be a relatively simple matter to switch out the nucleotide sequence to suppress a different mutation to treat a larger number of patients and diseases.

Other companies are also working to provide antisense oligonucleotides to treat ALS caused by hexanucleotide repeat expansions in C9ORF72. Biogen and Ionis collaborated to develop BIIB078 (IONIS-C9Rx) which selectively reduces the mutant C9ORF72 RNA and associated neurotoxicity and is currently in a phase 1/2 clinical trial. Their collaboration on developing ASOs to treat ALS has also produced the aforementioned tofersen, and BIIB105 (ION541) which is currently in a phase 1/2 trial. BIIB105 targets ataxin-2 RNA (ATXN2), which has been shown to prevent or reverse TDP-43 toxicity in preclinical models of ALS. This target was chosen since nearly all cases of ALS share the pathological hallmark of TDP-43 protein aggregation in motor neurons.

Working Together to Bring Individualized Medicine to the World

It is worth noting that The Angel Fund for ALS Research provided a majority of the funding for this trial of afinersen, with additional support from the National Institutes of Health, ALS Finding a Cure, ALS ONE, the Max Rosenfeld ALS Research Fund, and the Cellucci Fund for ALS Research. Once again, this highlights the important role of nonprofits in finding treatments and cures for genetic diseases. Without groups and individuals dedicated to raising funds, bringing awareness to the community, and connecting patients, medical personnel, and scientific research together, there would be far more barriers to developing treatments and providing relief to those living with genetic diseases.

To meet this need, the N=1 Collaborative has been established to bring about a future in which individualized medicines are safe and rapidly accessible to rare disease patients worldwide. Doctors, researchers, patients, and companies are working together to expand the field of individualized medicine and over 100 experts from around the globe have come together to form this international network. As multiple ASOs have now proven to be safe and effective, can be quickly customized, and are cost-efficient to manufacture, N=1 Collaborative is initially focused on the use of ASOs to expand their goal, with plans to extend into other customizable platform technologies that may include siRNAs, RNA therapeutics, and CRISPR.

Another foundation dedicated to N=1 medications is n-Lorem, which was the first nonprofit organization with a mission to create experimental antisense oligonucleotide (ASO) treatments for patients who have diseases caused by extremely rare mutations and provide these treatments for free, for life. Founded by Dr. Stanley Crooke, n-Lorem leverages the powerful ASO technology developed by Ionis Pharmaceuticals to provide high-quality, personalized ASO therapies. They have created quality, detailed processes and evaluations, work with the FDA to develop guidance, and their model has proven successful as dozens of patients are already receiving individualized ASO treatments through n-Lorem.

The Dutch Center for RNA Therapeutics (DCRT)  is a nonprofit consortium of three medical centers that aligns the Dutch initiative with other initiatives in Europe and worldwide and aims to facilitate the development of tailor-made splice modulating RNA therapies in The Netherlands and Europe. DCRT is currently focused on creating RNA therapy medications for patients with ultra-rare genetic mutations that cause eye and central nervous system disorders, as these tissues can be treated directly via local administration. They have the distinction of being the first center in Europe to develop RNA therapy for very rare diseases.

It is an exciting time in our field, as many oligonucleotide therapeutics are in development to treat genetic diseases, and we are seeing more human trials begin and advance, with an ever-increasing number of oligonucleotide therapeutics receiving approval. It is especially wonderful that we are beginning to see more than one promising treatment for a disease like ALS, which has multiple genetic causes. Perhaps someday in the not too distant future, no one will be told there is not a treatment for their specific disease-causing genetic mutation while they are left to watch others with the same disease receive treatment.