Does CRISPR Gene Editing Increase the Risk of Developing Cancer? 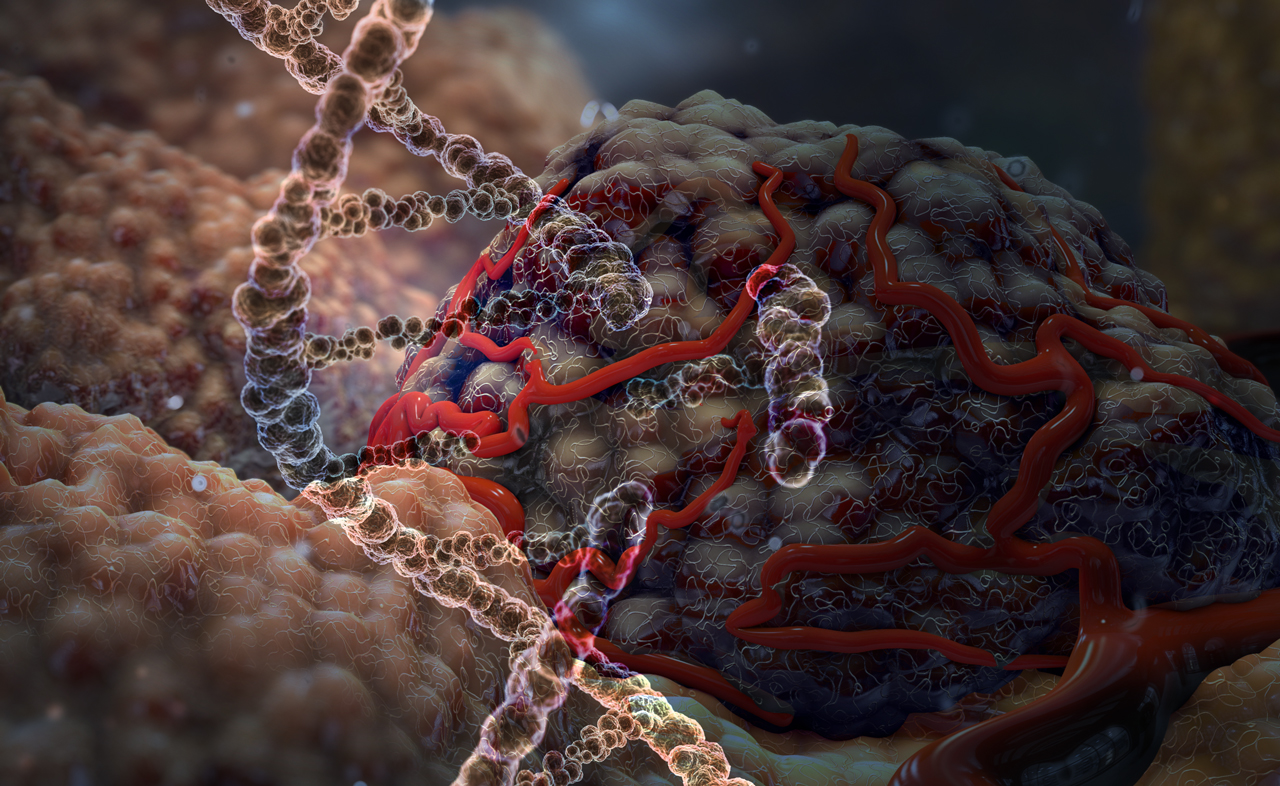 CRISPR is a useful tool in a wide array of applications, and one of the most headline-grabbing is its potential in gene editing. As with any new technology or medication, there are inherent risks that must be discovered and mitigated. This is especially true in the arena of gene-editing, as we must optimize CRISPR technology while we are also forging a pathway in editing human DNA. While incredible milestones are reached with the potential to save lives, in the process of developing CRISPR to treat disease we also discover ways that it may increase the risk of disease and death. One of these is the recent study that showed CRISPR-Cas9 genome editing selects cells with specific cancer associated mutations for survival.

The study showed that pre-existing cancer driving mutations of two genes in particular, p53 and KRAS, are selected during CRISPR-Cas9 gene editing in many diverse cells (1).

P53 is a tumor suppressing gene that works by stopping cell growth if there is damage to the genome and initiating programmed cell death to prevent the cell from becoming cancerous. Mutations in p53 are found in more than half of all human cancers. Not only do the mutant proteins lose the tumor suppressing functions, but they also often acquire oncogenic gain-of-functions that actually cause tumors to form (2).

The normal function of p53 creates the problem when it responds to damage caused by CRISPR-Cas9 gene editing. CRISPR-Cas 9 induces a double-stranded break in DNA at a specific, pre-determined site to correct or introduce genetic mutations as a strategy to treat genetic diseases, including cancer. However, cutting the DNA in this way to knock out a gene initiates a damage response mediated by p53. Therefore, p53 prevents cells that have undergone CRISPR from growing and dividing as effectively as they normally would. However, cells with a preexisting p53 mutation will not have this disadvantage and can grow faster, outcompeting normal cells, increasing the likelihood of developing cancer (1).

The KRAS gene is an oncogene, which means that when it is mutated it can cause normal cells to become cancerous. KRAS mutations are found in approximately 25% of tumors, and 85 to 90% of pancreatic cancer cases. In the same way that selection of cells with p53 mutations happens during CRISPR-Cas9 gene editing, cells with KRAS mutations will also outcompete normal cells and accumulate after exposure to CRISPR-Cas9 (1).

Based on their findings, the team recommended cautionary monitoring of p53 and KRAS status during therapies utilizing CRISPR-Cas9, and further investigation into other genes with cancer-driving mutations (1).

It is important to note that this is not referring to CRISPR being used to edit p53 or KRAS, but rather it is the way p53 responds when CRISPR is used to knockout a different gene. In fact, researchers at the Karolinska Institutet in Sweden have found that if Trp53 (p53 is called Trp53 in mice) is temporarily inhibited with a Trp53 siRNA, then exposure to CRISPR does not result in enrichment (accumulation) of cells with Trp53 mutations (3).

Interestingly, they also found that the level of DNA damage response influenced the enrichment of Trp53 cells, but the enrichment did not directly correlate to knockout efficiency (3). Therefore, this may provide a method in which it is possible to utilize CRISPR without increasing one’s chance of developing cancer.

There are other approaches to using CRISPR currently being explored that may minimize, or completely eliminate, the risk highlighted in this study, as well as other potential risks that include off-target effects, unexpected alterations of chromosomes, or the possibility of creating an undesired immune response.

Prime editing still uses the Cas9 enzyme, but heavily modifies the Cas9 protein and guide RNA so that it only “nicks” a single strand of the double helix, rather than cutting both strands. As both of the studies previously mentioned that the DNA damage response plays a role in selection of cells with the mutated cancer driving genes, it may be possible that prime editing could work around this shortcoming.

CasMINI, which you can read about here, utilizes a different enzyme that is much smaller than Cas9. It is a compact, efficient system that can delete, activate, and edit genetic code, allows for base editing and robust gene editing, and is highly specific in mammalian cells without detectable off-target effects (4).

Another interesting system that utilizes a different enzyme is Cas-CLOVER. The Cas-CLOVER system has undetectable off-target activity, maintains high efficiency, and is functionally similar to other CRISPR-Cas9 technologies. However, it consists of a nuclease-inactivated Cas9 protein fused to the Clo51 endonuclease and utilizes two guide RNAs. As CasMINI and Cas-CLOVER use different enzymes than Cas9, they could potentially be safer and avoid the disadvantages found in CRISPR-Cas9.

While the results of this recent research confirmed a disappointing fact, it is not an insurmountable barrier. Methods such as modifications or temporarily knocking down expression of cancer driving genes could allow for safer use of CRISPR-Cas9.

However, this does highlight the fact that although patients and their families may be anxious to find a treatment when there currently is none, it is important to investigate thoroughly before rushing into clinical trials and to use caution, as there are often unintended consequences in using a new technology. These consequences could be incredibly harmful and far reaching when editing a person’s DNA.

Gene editing is still a new technology and, despite the risks, CRISPR is an incredible approach to curing genetic disease. As with siRNA and ASO drugs, it may require many years of steadfast effort before CRISPR can safely be used to heal patients. If the potential is realized, this revolutionary technology could someday provide a cure to previously untreatable diseases.