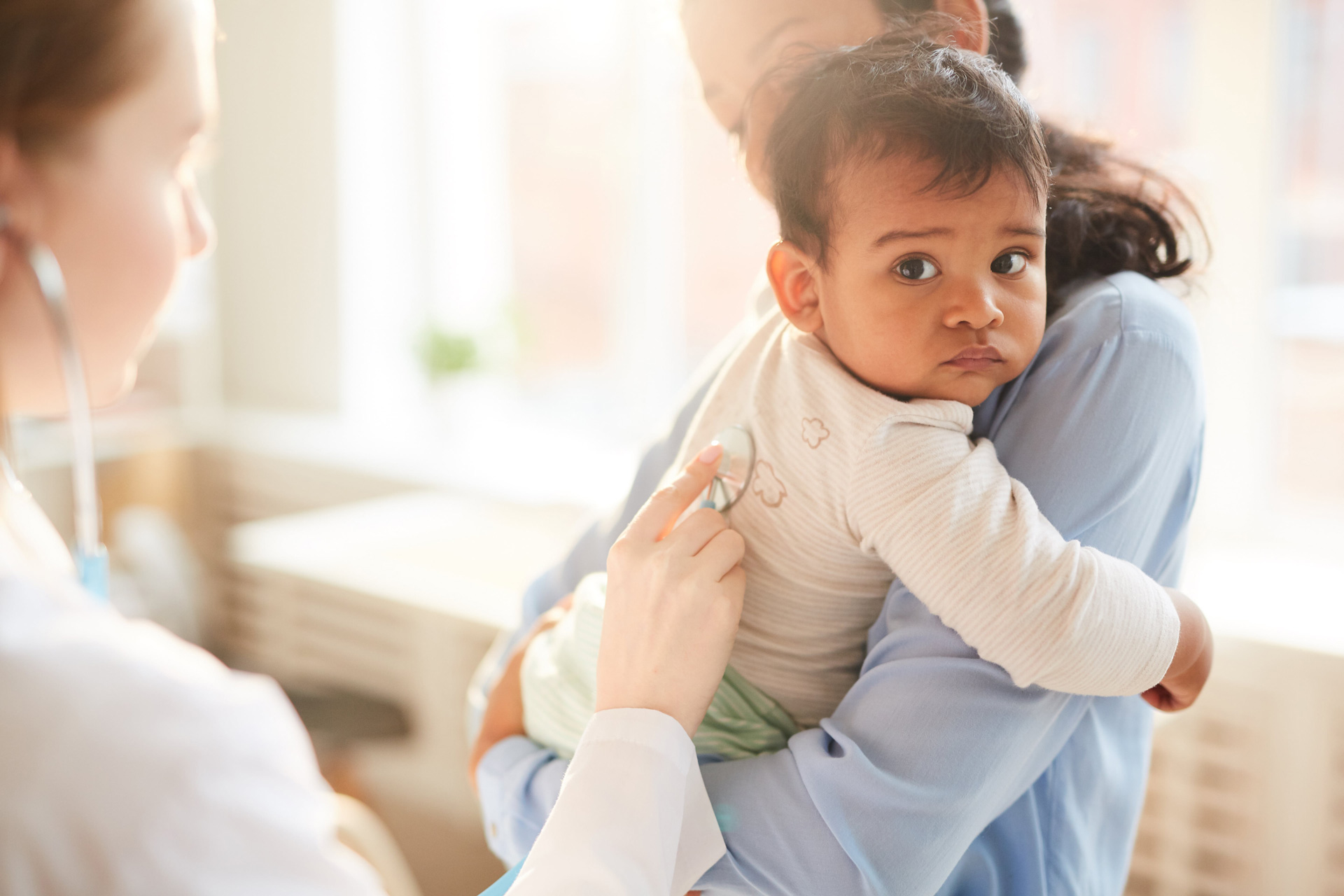 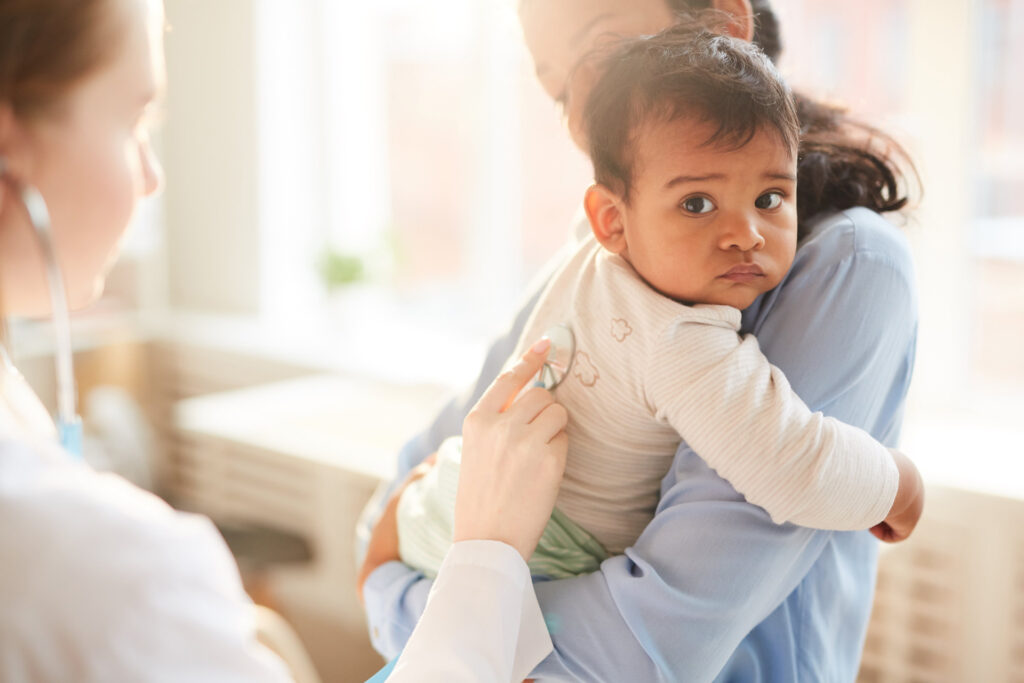 Typically, a single copy of a gene is enough to support normal growth and development but in a small subset of genes, the loss of one copy can cause serious diseases that are often difficult to treat. One of these conditions, Dravet Syndrome, has no treatment options that directly target the cause of the disease. However, new research from Stoke Therapeutics Inc. may have found a solution that changes how these disorders are targeted and treated.

The study results of Stoke Therapeutics Inc.’s new medication indicate that it’s well on its way to being the first therapy to target the underlying cause of Dravet Syndrome. Data from the pre-clinical mouse study and continuing human trials found the medication was well tolerated (1) and reduced seizures – a debilitating symptom of the disease. This investigational medication could change the way Dravet syndrome – the most drug-resistant form of epilepsy – is treated.

Dravet syndrome, also known as Severe Myoclonic Epilepsy of Infancy (SMEI), is a severe form of epilepsy estimated to affect one in 15,700 people. The rare genetic disease first appears in infancy and is characterized by frequent, prolonged, and refractory seizures.

Comorbidities of the devastating disease typically appear around age two or three and can significantly impact the patient and caregiver’s quality of life. These symptoms may include intellectual disabilities, developmental delays, movement and balance problems, growth and nutrition defects, sleep abnormalities, chronic infections, disruptions of the autonomic nervous system, and mood disorders (1, 4).

The long-term prognosis is poor, as morbidities for individuals with the disease typically progress throughout their lifetime. Additionally, mortality rates are higher for those with Dravet syndrome compared to the general epilepsy population (1, 4), with a 15-20% mortality rate due to Sudden Unexpected Death in Epilepsy (SUDEP) (4).

Approximately 80% of those diagnosed with Dravet syndrome have an SCN1A gene mutation, and 90% of these mutations are de novo, meaning the variant was not inherited from the parents but occurred for the first time in the child with epilepsy (3). Often in Dravet syndrome, one copy of the gene functions normally while the other is dysfunctional, this is called haploinsufficiency. When this occurs, the mutated gene does not produce its share of the protein and therefore the body does not function normally.

The SCN1A gene encodes for the voltage-gated sodium channel (VGSC) isoform NaV1.1 (3). These channels control the flow of sodium ions across the membrane which generates electrical signals along neurons or muscle tissue (4, 6). In Dravet syndrome, the variants are typically a loss-of-function mutation that results in a non-functional sodium channel in cells called parvalbumin-positive (PV) inhibitory interneurons. When functioning correctly, these interneurons suppress brain cells from properly generating electrical activity. However, for those with Dravet syndrome, the mutation impairs the cells’ ability to effectively regulate electrical activity, predisposing the individual to seizures (3, 6).

Currently, available treatment options are limited but include medications, vagus nerve stimulation, and adopting a ketogenic diet. Clinical studies have also found that VGSC inhibitors, which are often used to treat epilepsy, can exacerbate seizures in patients with Dravet syndrome (3). None of these treatments directly address the underlying cause of the disease, but Stoke Therapeutics Inc., a biotechnology company, aims to change this with their novel gene therapy approach.

STK-001: Targeting the cause

How does the TANGO technology work? Stoke researchers created antisense oligonucleotides (ASOs) using the TANGO platform that bind to and splice pre-mRNA to promote a process called nonsense-mediated mRNA decay (NMD) exon exclusion. When TANGO-ASOs trigger this process, it results in reducing the amount of mRNA that contains non-productive instructions and increasing the amount of the productive message responsible for making proteins. Through this process, TANGO aims to restore missing proteins by increasing the protein output from the healthy genes thereby restoring the intended protein to near normal levels.

Applied to Dravet syndrome, the STK-001 is an ASO intended to increase the level of the non-mutant SCN1A gene resulting in increased expression of the sodium channel NaV1.1 protein – which is reduced in individuals with Dravet syndrome.

The preclinical research from the University of Virginia’s Manoj K. Patel, Eric R. Wengert, and their colleagues showed that the TANGO-based therapy restores the cells’ proper function and reduces seizures in lab mice. The study, published in Brain Research, states that STK-001 boosts SCN1A mRNA levels and NaV1.1 expression, which directly targets the genetic mechanism of Dravet syndrome (3).

Patel noted that the results show that a single treatment with the TANGO therapy in infant mice completely prevented seizures and premature death typically seen in the mouse model of Dravet syndrome. He added that it also demonstrates that the TANGO treatment targets and rescues the deficits in the interneurons and makes them behave as if they had the full amount of the protein, thus allowing them to perform their jobs better and reduce seizures.

These results indicate that the therapy directly addresses the underlying cause of the disease and may also be a valuable treatment for other forms of epilepsy caused by SCN1A gene mutations.

Other gene-therapy methods that augment NaV1.1. are being investigated as Dravet syndrome treatments. However, the study noted that the TANGO approach has several unique advantages, including its use of the endogenous promoter, reversibility, and ability to control the dose (3).

The results demonstrate proof-of-mechanism and proof-of-concept for STK-001 and further support the ongoing clinical trials testing the efficacy of STK-001 in Dravet syndrome patients (3). The FDA has given STK-001 orphan drug status as a potential new treatment for Dravet syndrome.

The MONARCH study is an open-label clinical trial involving children and adolescents ages two to 18 with Dravet syndrome. The study’s main objectives are to assess the safety of STK-001 and determine how the medication is taken up and broken down by the body when given as a single dose or as multiple doses.

Results show that both the single doses of STK-001 up to 30mg and multiple doses of 20mg were well tolerated with no safety concerns related to the drug. Additionally, the trial found all patients ages 2-12 had fewer convulsive seizures from day 29 to 84 and patients ages 13-18 also experienced a reduction in seizures.

A small number of patients – 18.2% – experienced adverse events related to the treatment but these were not considered severe. Common treatment emergent adverse events (TEAE) included headache, vomiting, seizure, irritability, and back pain.

“STK-001 is designed to target the underlying cause of Dravet syndrome to potentially address both seizures and non-seizure comorbidities,” stated Barry Ticho, the Chief Medical Officer of Stoke Therapeutics, in a press release. “These initial data give us confidence that STK-001 is having an effect on the disease. Based on our pharmacokinetic model, we believe that sustained higher exposure levels in the brain may lead to greater reductions in seizure frequency and potentially also improvements in some of the non-seizure comorbidities.”

Stoke Therapeutics isn’t the only company working toward a gene therapy solution for Dravet syndrome.

Encoded Therapeutics has developed a cell-selective gene therapy, ETX101, to increase SCN1A gene expression. ETX101 is expected to be a one-time treatment and works by delivering an engineered transcription factor gene to cells to increase SCN1A expression. Preclinical results demonstrated reduced seizures in the Dravet mouse model and broad distribution of ETX101 in non-human primates.

CRISPR is also being used to explore the regulation of SCN1A gene expression. Instead of cutting DNA, a deactivated version of the CRISPR-associated protein 9, Cas9, can connect to molecules that increase gene expression resulting in a boost in protein production. Although it is still preclinical, cell lines and Dravet mouse models have demonstrated that this method can increase SCN1A expression and reduce seizures in mice.

Currently in the animal testing stage, Tevard Biosciences, in partnership with Zogenix, has designed two tRNA technologies to increase SCN1A gene expression. The first therapy uses tRNA to target and overcome nonsense mutations and ensure the correct production of the NaV1.1 protein. The second approach increases copies of the NaV1.1 protein by using tRNA to stabilize the SCN1A mRNA. These treatments are currently in the animal model stage.

The results of these trials are not only promising for those with Dravet syndrome but individuals with other haploinsufficient diseases. In fact, Stoke has identified approximately 1,200 diseases and 6,500 genes that it believes TANGO could treat (5). Autosomal dominant optic atrophy (ADOA), an inherited optic nerve disorder that causes progressive and irreversible vision loss in both eyes, is another haploinsufficient disease that Stoke Therapeutics is pursuing treatment for. If these encouraging findings continue, the company’s proprietary approach could lead to an entirely new way of treating many severe diseases.