The purpose of this presentation is to formally introduce n-Lorem to OTS and to summarize progress since being founded in January 2020. 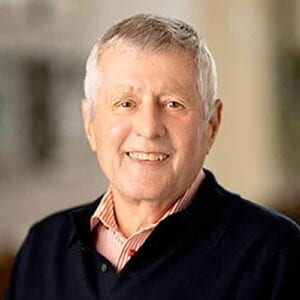 Dr. Crooke is the founder, chief executive officer and chairman of N-Lorem Foundation. He’s also the founder and executive chairman of the board of directors for Ionis Pharmaceuticals, the leader in RNA-targeted therapeutics.  Under his leadership of Ionis, he pioneered the development of the revolutionary antisense technology platform and created one of the largest, most advanced pipelines in the biotechnology industry. Today, Ionis has more than 40 medicines in development.

Prior to founding Ionis, Dr. Crooke was head of R&D at SmithKline, where he was involved in commercializing numerous drugs in broad therapeutic areas and later assumed responsibility for worldwide R&D at SmithKline Beckman. At Bristol-Myers, he  established the first broad anticancer program, bringing nine drugs to the market in five  years.

He has led the development of more than 20 marketed drugs and supported the creation  and growth of several companies based on Ionis’ antisense technology.

Dr. Crooke received his M.D. and Ph.D. degrees and house staff training at Baylor College of Medicine and has been an active scientist throughout his career. He has published nearly 500 scientific publications, edited more than 20 books, and has numerous patents.