Academia or Industry? A career discussion 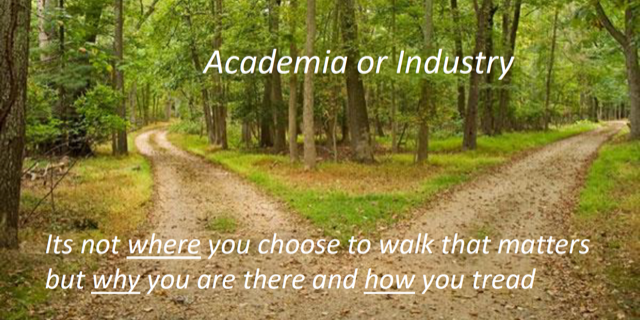 Academia or Industry? A career discussion

Description:
To start off, Prof. Annemieke Aartsma-Rus (OTS President; Leiden University Medical Center) and Dr. Shalini Andersson (Chief Scientist New Therapeutic Modalities and Head of Oligonucleotide Discovery, AstraZeneca) will briefly introduce their careers, highlighting how they ended up where they are now and which decisions they made, but also what relied on serendipity. They will share their views on how to manage a successful and fulfilling career and what to look for when considering a new position.

The aim is to have an interactive session. Annemieke and Shalini look forward to answering your questions. You can submit questions to hotpapers@oligotherapeutics.org before the lecture but can also ask questions during the webinar. 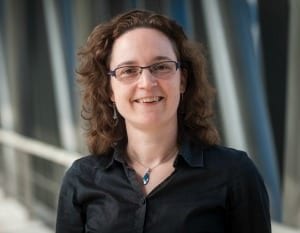 Prof. Dr. Annemieke Aartsma-Rus played an important role in the development of the antisense mediated exon skipping therapy for Duchenne muscular dystrophy during her PhD research (2000-2004) at the Leiden University Medical Center, Department of Human Genetics (the Netherlands). Since September 2004 she continued this research as a post doc. As of December 2007 she became leader of the “DMD exon skip group” first, as assistant professor and currently full professor at the Department of Human Genetics. Since 2013 she has a visiting professorship at the Institute of Genetic Medicine of Newcastle University (UK).

Her work currently focuses on developing antisense-mediated exon skipping as a therapy for Duchenne muscular dystrophy. This involves work in cell and animal models to improve delivery and efficiency of exon skipping compounds, studies in muscle regeneration and pathology, the identification of biomarkers, studying the basics of pre-mRNA splicing and transcript processing and the generation of mouse models. In addition, in collaborative efforts she aims to develop the exon skipping approach as a therapeutic option for other rare diseases and to bridge the gap between different stakeholders (patients, academics, regulators and industry) involved in drug development for rare diseases.

In 2017 she was elected as President Elect for the Oligonucleotide Therapeutics Society. In 2013 she was elected a member of the junior section of the Dutch Royal Academy of Sciences, which consists of what are considered the top 50 scientists in the Netherlands under 45. In 2015 and 2016 she was selected as most influential scientist in Duchenne muscular dystrophy in the past 10 years by Expertscape based on contributions to the understanding and treatment of Duchenne muscular dystrophy. In 2014 the Dutch lifestyle magazine selected her as one of the 400 most inspiring Dutch women; she was voted into the top 5 for ‘brainiacs’ by the general public.

Thus far, she has published over 130 peer-reviewed papers and 9 book chapters, as well as 15 patents and has edited one book. She has given many invited lectures at meetings, symposiums and workshops as well as patient/parent organizations meetings, where she is known for her ability to present science in a clear and understandable way. She has created and maintains multiple websites on therapeutic approaches for aimed at patients and parents. In 2011 she received the Duchenne Award from the Dutch Duchenne Parent Project in recognition of this work and her dedication to the Duchenne field. She also writes regular blogs for the LUMC.

She has successfully applied for numerous grant applications, including a prestigious VIDI award (€800,000) from the Dutch government in 2009. She was involved in multiple EU projects, e.g. TREAT-NMD (FP6), Bio-NMD (FP7) and NeurOmics (FP7). She was involved in organizing multiple seminal workshops and meetings, e.g. a stakeholder meeting on antisense-mediated exon skipping development for DMD involving academics, industry, regulators and patient representatives hosted by the European Medicine Agencies (April 2015) and a similar meeting for SMA (November 2016), the Cold Spring Harbor Laboratory workshops on RNA therapeutics (April 2015 and 2017), two workshops of the European neuromuscular center (ENMC, Dec 2012 and Jan 2017), a training school to educate young scientists in stakeholder communication (April 2015) and the Annual Oligonucleotide Therapeutics Society meeting 2015 (October).

She was chair of the COST Action “Networking towards clinical application of antisense-mediated exon skipping for rare diseases” (2013-2017), of the executive board of the TREAT-NMD alliance (2014-2016). She is a member of the board of directors of the Oligonucleotide Therapeutics Society (President Elect 2017-2019) and of the Task Force on patient centered outcome measures of the International Rare Disease Research Consortium (IRDiRC). She is co-editor in chief of Nucleic Acid Therapeutics, and serves on multiple editorial boards, e.g. Journal of Neuromuscular Diseases (associate editor), Molecular Therapy, and Cardiovascular Genetics and Genomics. She is a member of the TREAT-NMD project ethics counsel and of the TREAT-NMD Advisory Committee for Therapeutics (TACT). 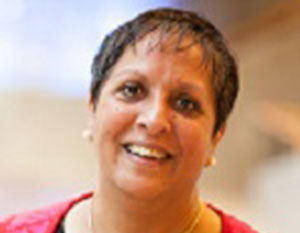 I have more than 20 years of research experience in the Pharmaceutical industry mainly from discovery and development of small molecules therapeutics and during the last 5 years also from RNA based therapeutics. I have broad experience of management of departments and teams as well as setting and delivering business strategies. I am also involved in several collaborations with biotech companies as well as with academic groups around the globe

I obtained a PhD in organic and analytical chemistry in 1989 from Linköping University. After a post-doc in Germany, I joined Linköping University as a Senior lecturer in Organic Analytical Chemistry and became an Associate Professor (Docent) in 1996 during which time I also gave birth to 2 children. In 1997, I joined AstraZeneca as a senior researcher and during my career I have held numerous management roles including Senior Director Drug Metabolism and Pharmacokinetics, Head of Enabling Technologies and Head of Lead Optimization, Medicinal Chemistry. I am currently Chief Scientist New therapeutic Modalities and head of Oligonucleotide Discovery in AstraZeneca. I have strong experience as a project leader for research projects and business change projects locally and globally within AstraZeneca. I am currently leading Targeted Drug Delivery platform projects and I am involved in collaborations with Ionis Pharma, Moderna Therapeutics, Silence Therapeutics and MMBio (EU funded) within the RNA field. I have over 45 peer reviewed publications, 2 book chapters and 4 patents and have presented my work at conferences throughout my career including chairing sessions at conferences.