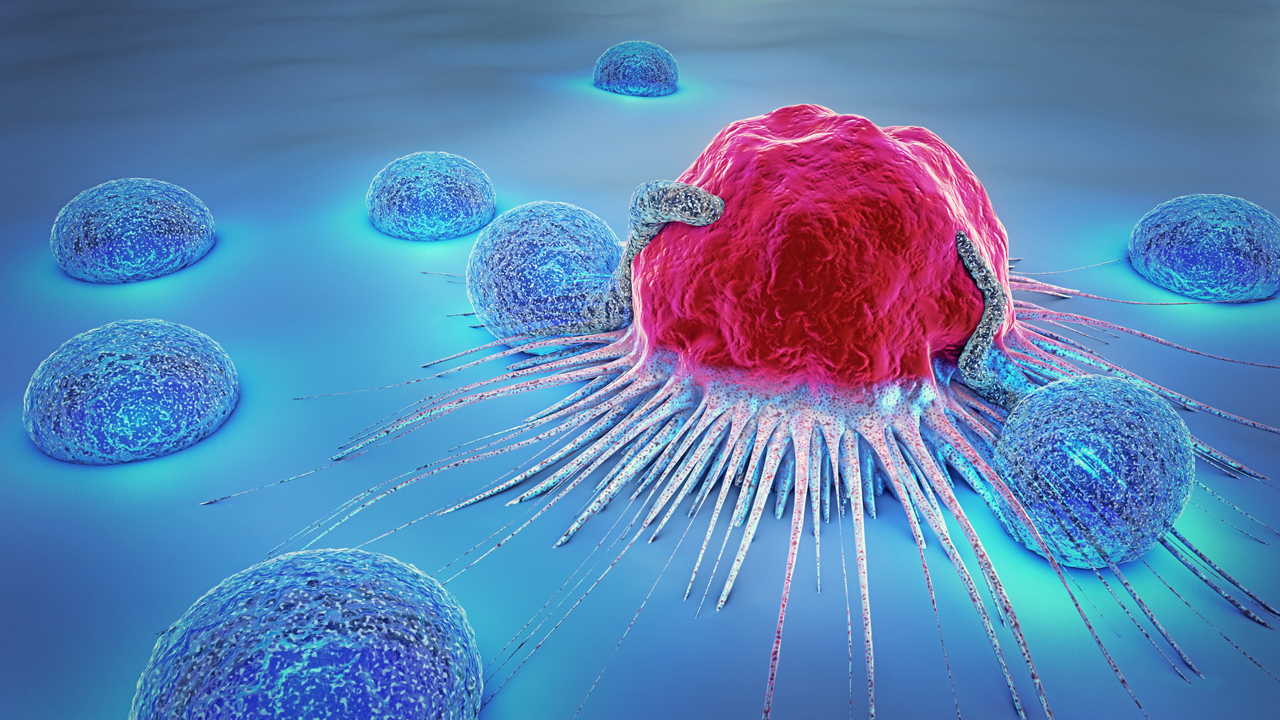 mRNA Is Capable of Providing Solutions Far Beyond Vaccines 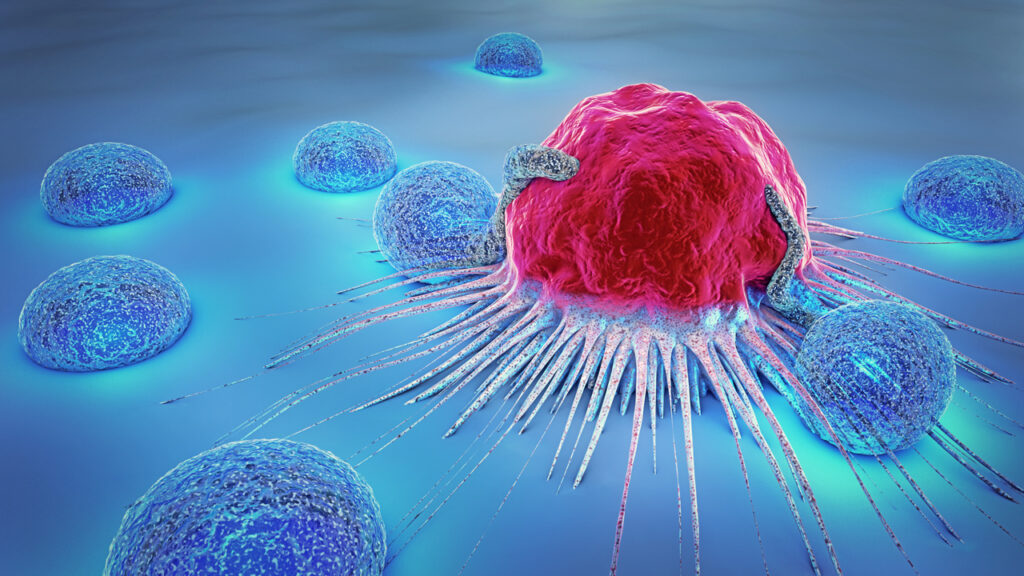 When the FDA issued emergency use authorization for Pfizer-BioNTech and Moderna’s COVID-19 vaccines, mRNA instantly became a household word. Many people believed that this new technology had sprung up out of nowhere in less than a year. What they did not know is that it had been in development for two decades, for uses ranging from vaccines for infectious diseases and cancer immunotherapy to protein replacement therapy, gene therapy, and cell reprogramming.

In a prior article, we explained some of the history of the development of mRNA vaccines, as well as the approval process and some other basic information about the vaccines. However, mRNA has far broader applications, some of which are now in Phase 1, 2, and even Phase 3 clinical trials.

Why Is mRNA Useful in a Wide Range of Applications?

mRNA plays an integral role in the production of proteins which are involved in every bodily function including digestion, building muscle, controlling blood sugar concentration, transporting oxygen through the blood, fighting infections, and maintaining the metabolism. Therefore, utilizing mRNA to prompt the cells to create healthy proteins is an excellent avenue to pursue in the effort to restore people to health.

We can introduce mRNA into cells, and the cell will read the instructions and create the corresponding protein exactly as it would do with mRNA that had been transcribed from DNA. This allows people to produce their own proteins which could treat diseases caused by protein dysfunction, and help the body generate an immune response to prevent disease or fight cancer.

The potential of mRNA to be used as a drug was demonstrated as early as 1990 when multiple different proteins were expressed after injecting the muscles of mice with mRNA (1). Within a few years, it was proven to have potential in protein substitution or replacement (2), and as a vaccine against infectious disease (3) as well as against cancer (4). Despite these early successes, mRNA drugs and vaccines were not widely pursued. Yet, some teams continued working with mRNA and, in 2008, Weide et al. published the results of the first human trial using a naked mRNA cancer vaccine. Fifteen patients with melanoma received the vaccine, and it was found to be a safe and feasible treatment (5). Other achievements slowly accumulated, and momentum grew in the field. In the past decade, knowledge and development of mRNA have rapidly advanced, many of the difficulties have been overcome, and multiple applications are being studied in humans.

Infectious Disease Vaccine – When Sars-Cov-2 appeared, a large number of clinical trials were already underway utilizing mRNA in vaccines for infectious diseases and cancers (cancer immunotherapy), providing a perfect opportunity to create a solution that could save millions of lives. This platform had many advantages since any protein can swiftly be encoded as an antigen while using the same production process and facilities used to create previous mRNA vaccines (6). It had been believed that mRNA vaccines would be ideal in a pandemic scenario due to their potential to utilize an existing carrier platform to develop and produce a new vaccine relatively inexpensively in a record-setting short time span. This proved to be true, and the decades of effort and investment that had already gone into developing mRNA vaccines were rewarded with the successful creation of highly effective vaccines against the disease.

Cancer Vaccine – This same flexibility can be applied to cancer treatment. Currently, there are many trials underway utilizing mRNA vaccines for various cancers. This method could use mRNA that encodes tumor-associated antigens or expresses cancer-associated proteins to induce a cell-mediated immune response against cancer (7, 8). Even more exciting, mRNA vaccines could be personalized to an individual mutation and could be used to treat patient-specific cancers as well (7).

As mentioned earlier, the first human trial of mRNA was a vaccine for patients with melanoma. In this trial, each patient received ten shots of a naked unmodified mRNA vaccine based on RNA extracted from their tumor and a clear antitumor humoral response was seen in four of the patients (5). In another trial, patients with renal cell carcinoma (RCC) were vaccinated with naked mRNA encoding six different RCC antigens. Not only did they have similar immunological responses as patients in the melanoma trial, but half of the patients also displayed a clinical response (9). Today, multiple mRNA cancer vaccines are in Phase II and Phase III trials.

However, vaccines are not the only focus of mRNA therapeutics. It is also being developed for protein replacement therapy, gene editing, and cell reprogramming (8, 10). The same flexibility that allows mRNA to be easily developed for new vaccines also lends itself to rapid development of drugs for rare diseases.

Protein replacement therapy – A wide range of diseases can be treated using mRNA to express proteins. Most mRNA-based protein replacement therapies are being developed for the lungs, liver, and heart, simply because delivery methods have already been developed for these organs (7). However, development is ongoing for delivery to other tissues. One advantage that mRNA has in this application over current drugs is that the body creates numerous copies of the protein from each mRNA, avoiding much of the cost (11) and many of the problems associated with manufacturing recombinant therapeutic proteins (12).

Translate Bio has developed the most advanced mRNA medication in this field, MRT5005, which is in Phase 1/2 clinical trial. This medication is unique because it is delivered through inhalation then the body creates natural, fully functional copies of CFTR proteins in the lungs of people with cystic fibrosis, regardless of the underlying genetic mutation.

Gene therapy utilizing mRNA therapeutics is an alternative to DNA-based gene therapy. One advantage lies in the fact that mRNA’s effects are temporary, in contrast to the permanent effect of DNA. “Moreover, mRNA carries no risk of genomic integration, which might not just be a theoretical risk for DNA. This gives mRNA an inherent safety advantage over DNA-based therapeutics (6).”

Cell reprogramming is an intriguing use of mRNA therapeutics and could provide a tool for genome editing, and differentiation of stem cells (8). Regenerative medicine also may find great advances through mRNA cell reprogramming. mRNA reprogramming can induce pluripotency in somatic cells, and novel mRNA formulations embedded in hydrogels have the transformative potential to trigger controlled genetic manipulation to regenerate tissues and organs in vitro and in vivo (13).

One of the greatest hurdles to overcome in this space has been finding efficient delivery methods (14). mRNA is a large, negatively charged molecule, so less than 1 in 10,000 mRNA molecules will cross a cell membrane without a carrier (11). It is rapidly and easily degraded outside of the cell (7, 8, 14) and even in the cell, it is only active for a short time before it is completely degraded. Since mRNA is only active for a short time, this means there is a brief duration of protein expression. Not only must mRNA be delivered into the cell, but it needs to reach a high number of cells (11). For many diseases, it also must have the ability to be delivered into specific organs or tissues (7).

Once in the cells, mRNA must be able to create enough of the protein to produce a therapeutic effect (11). Additionally, it is necessary to control the amount of protein that is made since a cell can make between 1,000 and 10,000 proteins with a single mRNA and, while an absence of enough protein creates disease, too much of a protein can also cause disease.

Further complicating the development of mRNA therapies is the fact that mRNA induces a strong immune response which is detrimental for many uses of mRNA (8).

Despite the challenges that require intensive effort and time to overcome, the advantages make this field worth pursuing. Indeed, some of these same disadvantages can become an advantage depending on the application. For example, when used as a vaccine, the immune-stimulating effects are a strength, further enhanced by the fact that mRNA acts as a self-adjuvant. mRNA vaccines can be created for a wide range of antigens and are relatively easy to scale up and manufacture, allowing for rapid deployment (7, 8).

One of the greatest advantages is rapid development of a medication or vaccine once the delivery platform has been developed. Additionally, mRNA is not manufactured in cells, which reduces the chance of bacterial contamination during production (10, 12). It has also been shown that mRNA is well tolerated and has an excellent safety profile (11).

When used for gene therapy, mRNA does not enter the cell nucleus so it cannot integrate into the genome (8), and dose quantity and frequency can be adjusted since, unlike DNA, the effects are not permanent. These two facts may alleviate concerns about long-term safety, which could lead to faster approval by regulating agencies and broader acceptance amongst patients and physicians.

Although there are many challenges to overcome in developing mRNA for therapeutic purposes, it is an ideal modality to meet currently unmet needs. It has already provided vaccines to help combat the Covid-19 pandemic and, if current trials are successful, may provide the means to fight many types of cancer, and enable the body to produce proteins to treat many different diseases. The effort and investment into mRNA solutions are well worth it. Additionally, advances in delivery of other oligonucleotides have contributed to the development of mRNA technologies, and ongoing research into both mRNA and oligonucleotides is likely to continue to benefit the development of each other.

As mentioned earlier, Translate Bio has a protein replacement therapy for Cystic Fibrosis in a Phase 1/2 clinical trial. They are developing candidates to replace proteins in other lung diseases as well. Along with Sanofi, Translate Bio is developing infectious disease vaccines, including vaccines for COVID-19 and influenza.

BioNTech, along with Pfizer, created one of the approved mRNA vaccines for COVID-19. They are also working on an influenza vaccine. However, this is not their main focus. BioNTech has many candidates in development for cancer vaccines. A candidate to treat melanoma is in Phase 2 trial and seven others are in Phase 1 trials to treat cancers ranging from melanoma to prostate cancer, breast cancer, ovarian cancer, head and neck cancer, and tumors.

Moderna has focused primarily on infectious diseases since its inception. This allowed Moderna to be the second company to provide an mRNA vaccine for COVID-19. They also have a cytomegalovirus vaccine in a Phase 2 trial, as well as ongoing Phase 1 trials for infectious diseases including RSV, Zika virus, and influenza. Vaccines are just the beginning of mRNA therapeutics in their pipeline, which encompasses systemic secreted & cell surface therapeutics, cancer vaccines, intratumoral immuno-oncology, localized regenerative therapeutics, and systemic intracellular therapeutics.

Gritstone Bio has multiple oncology programs in Phase 1 and 2 trials. GRANITE, their first oncology product candidate, is a personalized neoantigen-based immunotherapy being evaluated for both colorectal cancer and gastro-esophageal cancer. Their second product candidate contains a fixed set of neoantigens that are shared across a subset of cancer patients. They are also collaborating with Gilead Sciences on a vaccine for HIV.

Ethris is leveraging their platform to develop therapies to replace or augment missing or non-functional proteins for respiratory diseases with high unmet medical needs.

Kernal Biologics has developed a proprietary platform that decreases immunogenicity upon existing mRNA technologies and enables cell-specific therapeutic protein expression. They are utilizing this platform to develop mRNA-based immunotherapies for cancer.

Perhaps the triumph of being amongst the first to provide a solution during the COVID-19 pandemic will allow mRNA therapeutics to more easily gain acceptance and have a far broader reach as new uses are developed and approved, since the precedent has already been set. People now have a familiarity with the idea, and hopefully will provide less resistance to future uses. The idea of using mRNA as a solution for disease will not seem so new, and possibly frightening to a parent considering an mRNA medication for their child with a genetic disease, or to a person faced with a cancer diagnosis. This allows us to not only provide a path to physical health, but also peace of mind to people in the midst of a health crisis.