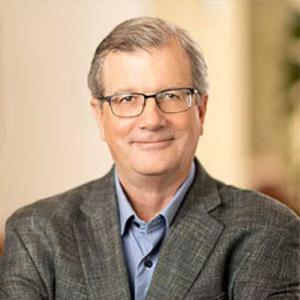 Dr. Bennett is the executive vice president and chief scientific officer at Ionis Pharmaceuticals and one of the founding members of the company. He is responsible for continuing to advance antisense technology and expanding Ionis drug discovery platform. Dr. Bennett is also the franchise leader for neurological programs at Ionis. He has been involved in the development of antisense oligonucleotides as therapeutic agents, including research on the application of oligonucleotides for inflammatory, neurodegenerative diseases and cancer, oligonucleotide delivery, pharmacokinetics and medicinal chemistry.

Dr. Bennet is a co-recipient of the 2019 Breakthrough Prize in Life Sciences for his contributions to the discovery and development of SPINRAZA® (nusinersen) and the 2018 Hereditary Disease Foundation’s (HDF) Leslie Gehry Brenner Prize for Innovation in Science for his leadership and continued commitment to developing antisense therapies for Huntington’s disease (HD).

Dr. Bennett has published more than 230 papers in the field of antisense research and development, and he is an inventor on more than 175 issued patents.

Prior to joining Ionis, Dr. Bennett was associate senior investigator in the Department of Molecular Pharmacology at SmithKline and French Laboratories (currently, GlaxoSmithKline).

He received his Ph.D. in Pharmacology from Baylor College of Medicine, Houston, Texas and his B.S. degree in Pharmacy from the University of New Mexico, Albuquerque, New Mexico. He performed his postdoctoral research in the Department of Molecular Pharmacology at SmithKline and French Laboratories.

Dr. Bennett serves on the Advisory Board for the Hereditary Disease Foundation.