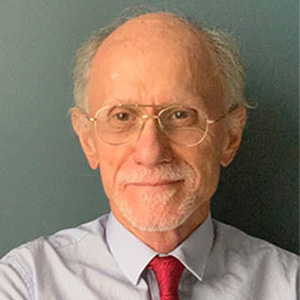 Dr. Kole received his Ph.D. degree from the Institute of Biochemistry and Biophysics, Polish Academy of Sciences, in Warsaw, where he studied the role of ribonucleases on cell function. In 1977 he moved to USA where, as a postdoctoral fellow, he trained with Drs. Sidney Altman and Sherman Wiseman at Yale University. In 1983 Dr. Kole joined the faculty of the University of North Carolina Chapel Hill as Professor of Pharmacology where he is now a Professor Emeritus.

Dr. Kole’s activities span the gamut from biochemical assays, cell culture and animal studies to clinical trials as well as to methods of oligonucleotide delivery and improvements in oligonucleotide chemistry. He published over a hundred scientific publications; his primary discovery was that pre-mRNA splicing provided a novel target for sequence specific therapies of severe disorders such as thalassemia, cystic fibrosis, Duchenne Muscular Dystrophy (DMD) as well as cancer, inflammatory and metabolic disorders.

Dr. Kole’s discoveries represented a novel technology of oligonucleotide induced modulation of pre-mRNA splicing and exon skipping. To commercially exploit this fertile field Dr. Kole founded Ercole Biotech, a company which, together with his group at UNC, provided a proof of concept in models of several rare diseases. In 2008 Ercole merged with AVI Biopharma and subsequently with Sarepta Therapeutics, now a Cambridge, MA company. At Sarepta Dr. Kole served as SVP Discovery and as Distinguished Scientist. Sarepta’s breakthrough drugs for DMD, EXONDYS 51 (eteplirsen), approved by FDA 09/1/2016, followed by VYONDYS 53 (golodirsen) and AMONDYS 45 (casimersen)* are the direct results of Dr. Kole’s pioneering discoveries in oligonucleotide-induced modulation of pre-mRNA splicing. Sarepta Therapeutics in currently valued at over $10 billion.