January 2021 Paper of the Month

January 2021 Paper of the Month

In vivo base editing rescues Hutchinson-Gilford progeria syndrome in mice. 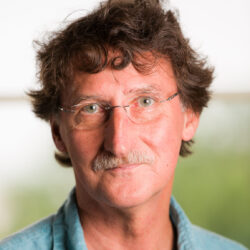 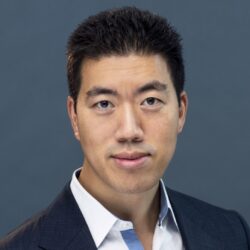 Hutchinson–Gilford progeria is a rare genetic disease characterized by premature aging and death that is mainly caused by a dominant negative c.1824 C>T; p.G608G mutation in the LMNA gene. This mutation creates a 5´ cryptic splice site within exon 11 that excludes the terminal 150 nucleotides of that exon from the mRNA. The translated protein, called progerin, lacks a proteolytic cleavage site and therefore irreversibly accumulates at the nuclear rim, impairing nuclear structure and cell division.

Here, Koblan, Erdos and colleagues describe the use of the optimized Adenine base editor ABEmax-VRQR to correct this mutation in the genomic DNA of primary fibroblasts derived from patients and a progeria mouse model.

To find out more about both the disease and base editing please click play.

Or watch this lecture by Prof. Liu:

To investigate the therapeutic potential of base editing, the authors delivered the base editor and targeting sgRNA using a lentivirus followed by puromycin selection. Treatment resulted in 87% and 91% correction of the disease-associated mutation in patient-derived primary fibroblast cells 20 days later. Progerin mRNA and protein levels were reduced by 4.4-8.1-fold and 6.1-15-fold, respectively, and nuclear morphology improved. No off-target DNA or RNA editing could be detected.

The authors then used two trans-splicing adeno-associated viral vectors (AAV9) to deliver the base editor and LMNA c.1824-targeting sgRNA to homozygous mice containing the human LMNA c.1824 C>T allele. Injection of 5 × 10^11 vg each at P14, achieved 10-60% genomic DNA correction in a variety of tissues six weeks later and these levels only increased 6 months after treatment. Treated mice showed normal vascular pathology and life spans, the latter a 137% increase over control mice.

However, all three tested AAV-injected mice showed evidence of rare AAV integrations in known AAV integration sites. Five of nine deceased treated mice had liver tumours which are likely associated with the use of AAV or with the two copies of human RAB25 contained in the transgene allele.