Treating Cardiovascular Disease by Changing a Single Letter of DNA 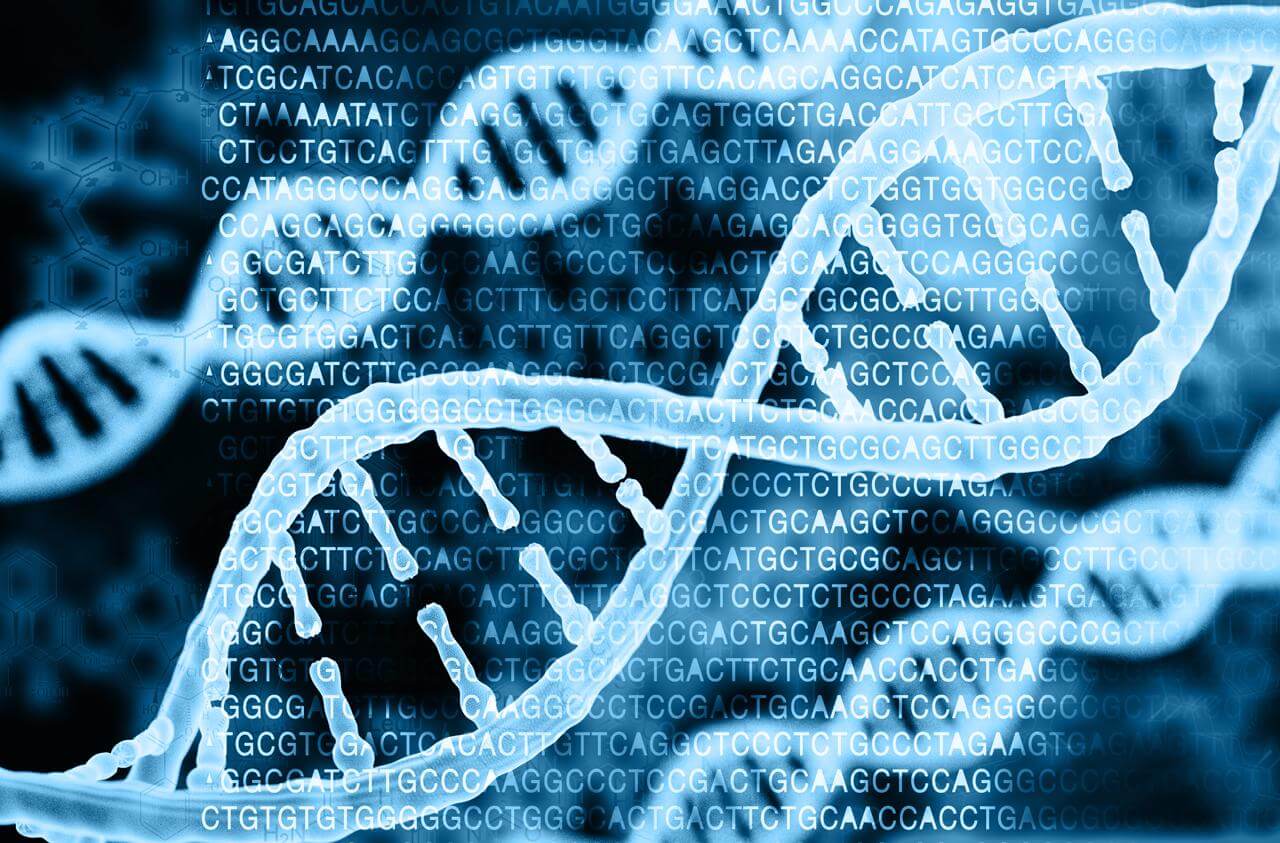 A simple spelling change in liver DNA could improve the future of cardiovascular disease treatment.

On July 12, biotechnology company Verve Therapeutics announced that the first patient had received a novel gene editing medicine designed to permanently reduce “bad” LDL cholesterol — the fatty molecule that causes arteries to accumulate plaque and harden over time. The single-course treatment, called VERVE-101, uses base editing to turn off the PCSK9 gene in the liver to decrease LDL cholesterol in patients with familial hypercholesterolemia (HeFH) — an inherited genetic disorder that causes dangerously high cholesterol.

“If this works and is safe, this is the answer to heart attacks — this is the cure,” said Sekar Kathiresan, a gene researcher who started Verve and is the company’s chief executive officer.

Treating a gene: how it works

However, some people are protected against heart attacks due to a genetic mutation in the PCSK9 gene that results in extremely low LDL cholesterol levels (1). Kathiresan explained that their idea was to develop a gene editing medicine that would mimic this natural selection.

VERVE-101 accomplishes this by introducing a mutation in the PCSK9 gene — a single spelling change in the liver DNA — to permanently turn off the disease-causing gene in people with HeFH, a July 12 Verve press release states.

Kathiresan said the results in monkeys have been promising, lowering LDL cholesterol by approximately 70% after two weeks with levels that remained low for two years.

“The dosing of the first human with such an investigational base editing medicine represents a significant achievement by our team and for the field of gene editing,” said Kathiresan, adding that the preclinical data suggests that VERVE-101 could be a game-changing treatment option for people with HeFH and transform the traditional chronic care model into a single-course, life-long treatment solution.

The clinical trial is starting in New Zealand with approximately 40 adult HeFH patients with established atherosclerotic cardiovascular disease and will evaluate the safety and tolerability of VERVE-101.

Verve expects to receive regulatory approval to enroll subjects from the United States and the United Kingdom later this year, and initial data from the trial is expected in 2023. The results are critical not only for Verve but for the millions of people that struggle with high cholesterol.

The future of VERVE-101: a one-time shot to prevent heart disease

Individuals with HeFH can have cholesterol readings double the average, even as children. If successful, the roughly one million people in the US who have this form of dangerously high cholesterol will significantly benefit from this treatment.

“Having a one-time treatment has the potential to save lots of lives,” Balady said.

Although the drug is currently aimed only at those with HeFH, Verve thinks it could eventually provide a permanent — and potentially more effective — alternative to the widely prescribed statins that sometimes come with hard-to-handle side effects. This could mean the average person could get Verve’s one-time shot that would keep their cholesterol low enough to avoid heart attacks and combat the world’s number one killer: heart disease.

Base editing: a precise spelling change

Base editing is a newer variation of CRISPR that uses guide RNA and an enzyme capable of changing the individual DNA building blocks known as nucleotides. In individuals with rare genetic diseases caused by a single wrong letter, the precise technology could replace the incorrect nucleotide for the correct one. It can also stop the production of unwanted proteins, which is how Verve plans to tackle high cholesterol levels.

In 2013, David Liu at the Broad Institute of MIT and Harvard developed the idea of base editing when he realized that while CRISPR was useful for turning off problematic genes, it was limited in fixing them.

“We really need ways to correct genes, not just disrupt them,” Liu explained. “And that’s where base editing comes in.”

There are two versions of base editing that together target the four types of nucleotides in DNA: adenine (A), cytosine (C), guanine (G), and thymine (T). In 2016, Alexis Komor, Lui’s postdoctoral researcher, developed the version that converted a C nucleotide into an A nucleotide, while the second version was created in 2017 by his graduate student, Nicole Gaudellie, and changes an A nucleotide into a G nucleotide. Combined, these base editors could correct approximately 60% of all single-letter errors that cause rare genetic diseases.

“The ability to efficiently and cleanly install changes to genetic information in living systems at the highest-resolution level—that of the individual base pair—resembled science fiction even only recently,” a 2018 paper published by Liu states (2).

Although Verve initially thought it would use the original CRISPR when developing the therapy, it decided on base editing due to its precision and safety.

Verve’s Chief Scientific Officer Andrew Bellinger explained that base editors modify the genetic code without making breaks in DNA, a worry that some scientists have while using CRISPR.

While CRISPR creates precise breaks in DNA or RNA to change the DNA sequence or RNA transcript, base editing uses components of CRISPR with other enzymes that directly install point mutations into cellular DNA or RNA while avoiding double-stranded DNA breaks (2).

Still, not everyone believes base editing is ready for the masses. Jennifer Doudna, the University of California Berkeley scientist who co-invented CRISPR, stated that while based editing works well in a research setting, she doesn’t think it currently has the needed precision to correct mutations. Additionally, academic research suggests that a risk with base editing is a random single-letter change made to DNA. However, Verve believes this risk is more theoretical than real, and the company says it has extensively researched the risk.

Base editing: the future of correcting genes?

Verve isn’t the only biotech company using base editing for potential therapies. Beam Therapeutics — co-founded by Liu — is expected to enroll subjects into their sickle cell disease treatment that uses base editing later this year and has early-stage programs for cancer, liver disease, immune disorders, and vision loss.

Additionally, Dr. Waseem Qasim, a professor of cell and gene therapy at the University College London, started a clinical trial using base editors to engineer immune cell therapies for children with leukemia.

Other oligonucleotide therapeutics targeting high cholesterol levels include AKCEA-ANGPTL3-LRx (ASO) and ARO-ANG3 (SiRNA), both of which reduce the production of angiopoietin-like protein 3, a liver synthesized inhibitor of lipoprotein lipase and endothelial lipase (3).

Reducing lipoprotein(a) levels has also been found to reduce the risk of cardiovascular disease. ISIS-APO(a)Rx (ASO), IONIS-APO (a) LRx, (ASO) Olpasiran (SiRNA), and SLN360 (SiRNA) have all shown to safely reduce Lp(a) levels in clinical trials (3).

Mipomersen (ASO) is an FDA-approved therapeutic drug for familial hypercholesterolemia, a disorder caused by extremely high LDL-C levels. The drug works by lowering Apolipoprotein B and LDL-C levels (3).

FDA-approved drug Inclisiran (SiRNA) is directed against PCSK9 and helps lower the levels of “bad” cholesterol in patients who have been unable to lower their levels with statins (3).

Inspired by the tragic loss of his brother, who died from a heart attack, Kathiresan believed base editing could be a solution to prevent similar deaths. Indeed, if VERVE-101 is successful, it could change the way high cholesterol is treated and reduce deaths from heart disease in the US and abroad. Additionally, base editing’s ability to target and alter individual nucleotides establishes it as a “robust technology with the potential to broadly impact the life sciences and medicine (2).” The 2023 clinical results of VERVE-101 will see if Kathiresan’s goal is a step closer to becoming reality.