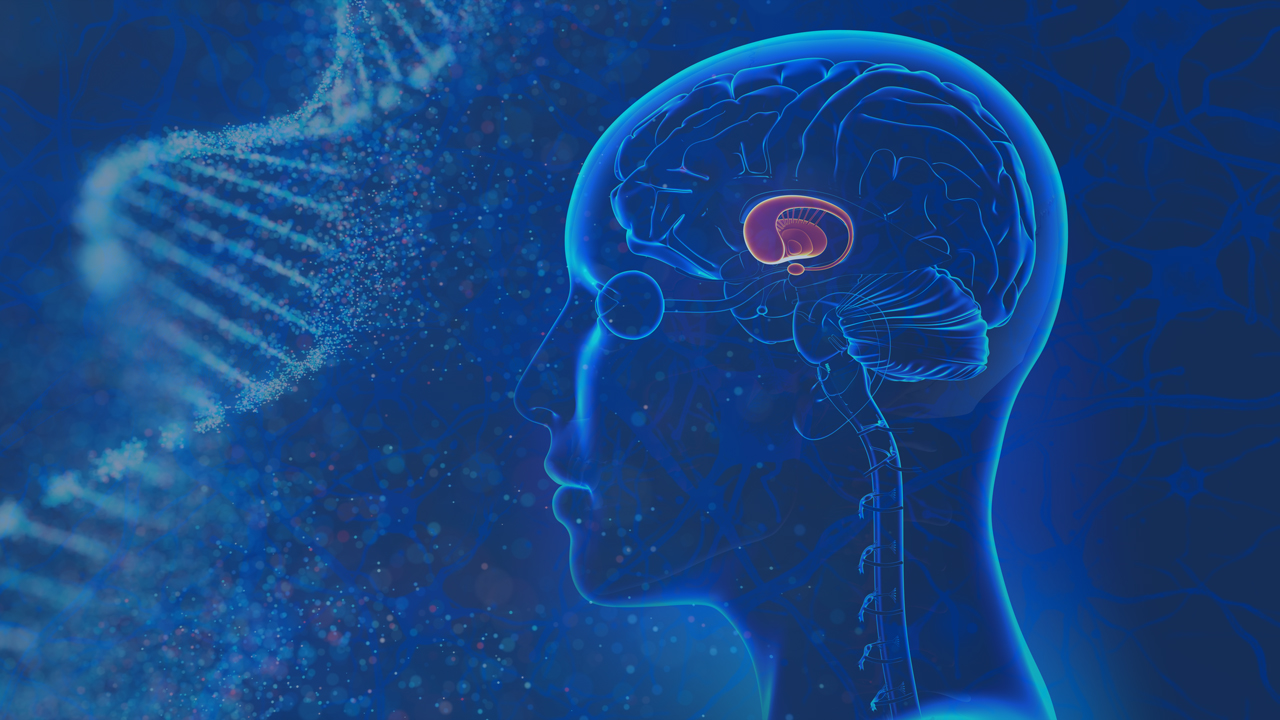 Recently, people who have been impacted by Huntington’s disease, their families, and the OTS community were disappointed to learn that the GENERATION HD1 Phase III study of Tominersen was halted based on the recommendation of an unblinded Independent Data Monitoring Committee. Although not based on emergent safety concerns, the specific reasoning behind this recommendation has not yet been released. One cannot help but wonder why the study was halted after earlier successes and what happens from here. We do know that the knowledge gained during the development of Tominersen, and successes throughout the process will aid us in ultimately creating an effective treatment for Huntington’s disease. 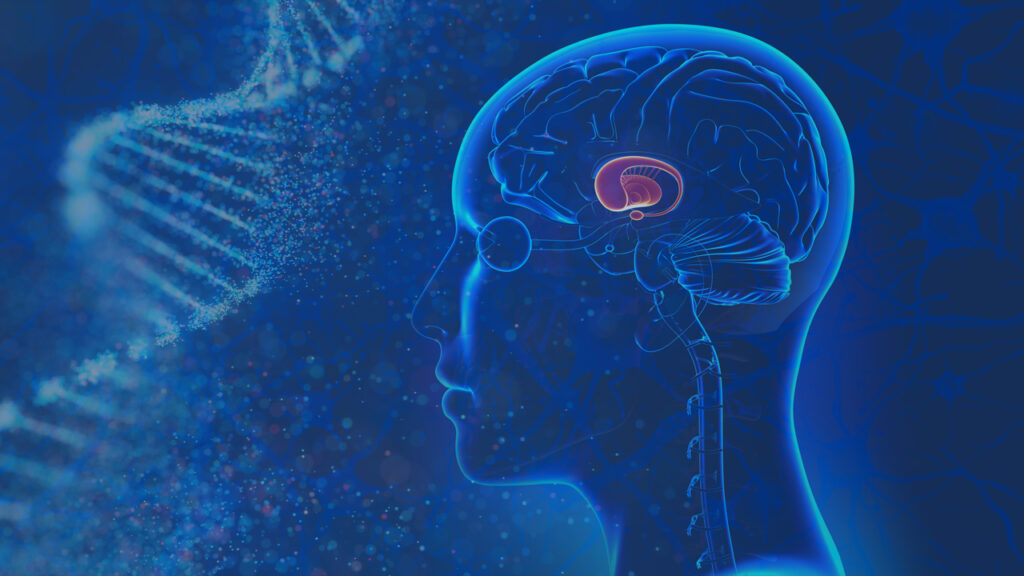 Why are ASO’s a promising avenue of treatment for Huntington’s disease?

Huntington’s disease (HD) is a rare genetic disorder that usually appears in a person’s thirties or forties. It causes degeneration of nerve cells in the brain, broadly impacting functional abilities. Symptoms include involuntary movements and impairment of voluntary movements, making it very difficult to work, communicate, and perform daily activities. Cognitive and psychiatric disorders are also caused by the nerve cell degeneration, further increasing the difficulty of living a normal life. The symptoms worsen over time, often resulting in dementia and the inability to speak or feed oneself, and death usually occurs 10-30 years after symptoms first begin to appear. The disease is devastating not only to the person living with it but also to the family and career they have established before symptoms develop. There are medications and therapies to manage symptoms but, currently, nothing can stop, slow, or reverse the damage done by Huntington’s disease.

The disease is caused by a mutation in the gene responsible for making huntingtin protein. Interestingly, all patients with Huntington’s disease have the same genetic mutation. Normally, the huntingtin gene (HTT) contains a specific sequence and stretch of DNA bases “CAG” that is usually repeated 9-35 times. The gene holds the instructions to create a large protein with many functions. People with HD have 40 or more CAG repeats. This mutation produces an extra-long, toxic huntingtin protein. The body degrades the abnormal protein, but over time, pieces of the protein build up and clump together in brain cells, causing neurons to degenerate and eventually die, leading to the symptoms seen in Huntington’s disease (1, 2). 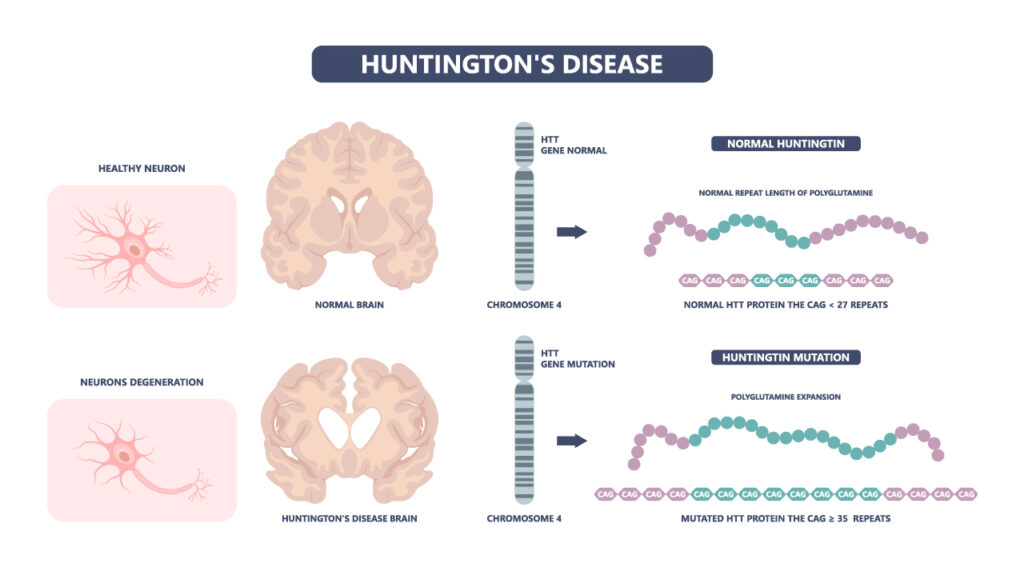 The fact that one specific mutation causes HD makes it an ideal candidate for inhibiting HTT gene expression using ASOs (antisense oligonucleotides) or other oligonucleotide-based therapies. ASO therapies work in the cell to bind to and destroy messenger RNA which, in this case, decreases the production of disease-causing protein. Additionally, ASO’s can be injected directly into the spinal canal (intrathecal administration) allowing the drugs access to the brain, which is vital in any treatment for HD.

46 patients with early HD were enrolled in a Phase 1/2a trial, where the drug Tominersen (originally called IONIS-HTT then RG6042) was assessed for safety, and to determine if it reduced levels of huntingtin protein. 34 of these patients received four monthly doses. As hoped, it was found to reduce concentrations of mutant huntingtin, based on the dose. There were mild and moderate adverse events for 98% of patients, but many of these events were procedural pain and post-dural puncture headache, which are common with lumbar punctures. There were no severe or dose-limiting adverse events, and it was considered to be generally safe and well tolerated (3).

The trial determined that Tominersen effectively reduced concentrations of mutant HTT in the cerebrospinal fluid. However, larger studies with longer duration were deemed necessary to determine if the reduction resulted in a treatment effect on the disease course (3).

The 46 patients in the first trial were enrolled in a longer, 14 month, open-label extension Phase 2 trial. 23 received Tominersen every 28 days during the 14 months, and 23 received two doses 28 days apart followed by a dose every 56 days for the remainder of the time. The study is complete, but results have not yet been published.

The aim of the now halted GENERATION HD1 phase III trial was to determine if it was effective at lowering huntingtin protein in a larger group, and if it improved symptoms as well. Patients in this trial who received Tominersen were dosed either every two months or every four months, as the phase 2 trial indicated that less frequent dosing was acceptable.

After just over one year, Roche decided to halt the dosing in the GENERATION-HD1 trial on the advice of an Independent Data Monitoring Committee (iDMC). Unfortunately, we do not know exactly why the iDMC recommended this. What we do know is that there are no new safety concerns (remember that there were no severe adverse events in earlier trials) and dosing was halted due to “a broad assessment of the benefit/risk of the treatment arms compared to the placebo arm over time.”

Where do we go from here?

There are three Tominersen trials in progress: GENERATION HD1, GEN-EXTEND, GEN-PEAK, and an additional observational HD Natural History Study. Roche has decided to discontinue dosing in GENERATION HD1 and pause dosing in GEN-EXTEND but the studies will remain ongoing to assess long-term safety and clinical outcomes. GEN-PEAK is a short-term study that will continue. The observational HD Natural History Study is continuing as it provides valuable insight into the progression of Huntington’s disease and does not include any drug treatment.

Many questions about lowering huntingtin protein still need to be answered, and teams across the world are working to provide answers and create an effective treatment for Huntington’s disease. One concern that researchers are trying to address is whether there is a positive risk-benefit profile for the partial reduction of HTT. Current research indicates that reducing HTT levels will be beneficial (4). It will be interesting to see if the data from the GENERATION-HD1 trial sheds light on this concern. Once full data is available and has been analyzed, Roche will share information with the community so that all can learn from it.

Although dosing of Tominersen has been halted in this trial, all the work put into Tominersen, and the risk and effort bravely faced by trial participants were not in vain. As Levi Garraway, Roche’s Chief Medical Officer and Head of Global Product Development stated “GENERATION HD1 is the largest clinical trial in Huntington’s disease to date and we do know that the data generated will significantly advance our understanding of huntingtin-lowering as a potential treatment approach.” Hopefully, knowledge gained through the development of Tominersen will help us create an effective treatment for those living with Huntington’s disease.