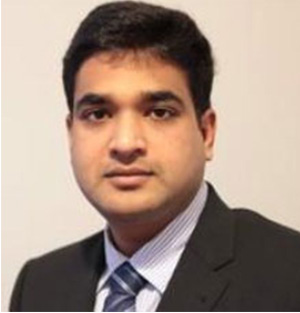 Although I had been aware of the use of antisense oligonucleotides for (m)RNA knockdown or as aptamers since my university days I was not aware of their other applications. The field caught my attention when the clinical data from the DMD trails started to emerge. What really got me excited was their applicability for splicing-modulation and splicing correction which is out of reach for popular technologies such as siRNA and mAb. However, I came to fully appreciate the field of oligonucleotides only after I started working in my current job where we are developing oligonucleotide drugs for mutations/diseases which are not amenable for other technologies.

I was born, raised and educated in a small town in southern India. In fact, the first time I even ventured out of my town was when I moved 2,000 km to northern India to do my master’s in biotechnology at the Indian Institute of Technology Roorkee! Another gigantic leap was when I went to Munich, Germany for my PhD at the Max Planck Institute of Biochemistry. Then I moved to this beautiful country, Netherlands for work where I have now lived for the last nine years. Along the way I was fortunate enough to have worked with several great mentors who have shaped my approach to science, critical thinking and have motivated me to apply science for the benefit of society. In particularly I would like to mention my PhD mentor Roman Körner (http://tiny.cc/jk764y) who had great influence on me in my early research career. I learnt a lot from Peter Adamson who not only mentored me in ophthalmology research but also provided useful direction and feedback in every step of the way. When it comes to the field of oligonucleotide research Gerard Platenburg (http://tiny.cc/mr764y) has been a constant source of inspiration and support.

How would you describe working in the Netherlands?

Having worked across diverse cultures and continents, I found people in the Netherlands to be open minded and welcoming towards people from other cultures. I also find the infamous Dutch directness rather refreshing as one does not have to waste time and energy trying to read between lines or interpret subtle social cues in order to understand what someone is saying. Nearly everyone here speaks English, so it was not a big problem settling in my initial months here. Moreover, English is the main language where I work in the Leiden Bioscience Park which is host to more than a 100 national and international medical and life science companies.

My association with OTS started when I attended my first OTS Annual Meeting in 2016 at Montreal and since then I became a regular attendee (and now that I think about this, OTS Annual Meeting is definitely the meeting I look forward to each year and plan my schedule in such a way that I don’t miss it). I really appreciate the contribution of Oligonucleotide Therapeutics Society to the field be it the Annual Meeting that brings everyone, from novices to experts, together and serves as a point source of all that is happening in the oligo field or support to the young researcher. I also like the journal, paper of the month and the hot papers.

At ProQR we are trying to use oligonucleotide-based splice modulating therapies to treat (ultra) orphan genetic retinal disorders. I work in the Ophthalmology Translational Science department where we have been using human induced pluripotent stem cell derived retinal organoid models (which are essentially mini retinas grown on a petri dish) to speed up the oligonucleotide drug development process.

I love to spend my free time with my family. I also like to cook and often try out new recipes. I also like biking and running.