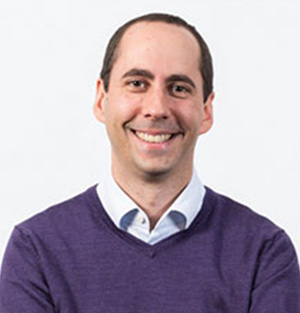 I started my Ph.D. mid 2002 at University College Dublin (UCD), at the time when siRNAs had just been discovered to promote RNAi in mammalian cells. My Ph.D. supervisor wanted to try siRNAs to down-regulate his gene of interest – which turned out to be difficult since the protein in question was stored in the cells and there were no algorithms to select potent siRNAs. Trying to work around this issue of siRNA selection, I became very interested in early works that suggested that long double stranded RNAs (dsRNAs) could actually be used to recruit RNAi in non-differentiated cells. Attempting to derive these observations led me to the discovery that endogenous dsRNAs could activate innate immune responses – to processes of which were also just being teased out at the time. This inspired me to explore how dsRNAs such as siRNAs, act at the interface between the miRNA/RNAi machinery and innate immunity ever since.

I received my Ph.D. in Medicine and Therapeutics under the supervision of Prof Seamas Donnelly and A/Prof John Baugh at the Conway Institute of Medical Research, UCD, Dublin, Ireland. Their training helped me obtain a postdoctoral position with Prof. Bryan R.G. Williams, at the then Monash Institute of Medical Research (Melbourne, Australia). Prof. Williams’ mentoring over the next decade helped me develop my interest for innate immunity and become and independent researcher in the field.

Having worked for many years on the modulation of innate immune sensors such as Toll like receptor 7 and 8 by oligonucleotides, I decided to attend the 2014 annual OTS meeting in San Diego, CA. I joined the society to attend, and was delighted to be awarded the Mary Ann Liebert, Inc. publishers Young Investigator Award at this meeting.

I particularly enjoy the mix between fundamental and applied research the society brings – the collegiality between academia and industry it supports is also quite unique.

The capacity of synthetic nucleic acids to interact with innate immune responses has historically been seen as a key problem in the therapeutic development of these technologies. For instance, the concept of synthetic siRNAs was introduced to bypass a non-specific immune response observed in mammalian cells upon transfection of long dsRNAs. Similarly, early in vivo studies demonstrated that siRNAs instigated potent flu-like symptoms through TLR7/8 activation, and TLR3 responses in the eye. However, since most oligonucleotides can interact with an ever-expanding list of nucleic acids sensors, the definition of these interactions may also present novel opportunities where immune responses can be beneficial (e.g. in immunotherapies). Some of our work in the past decade has been focused on the definition of the molecular determinants of synthetic nucleic acids that interfere with nucleic acids sensors – either activating them, or inhibiting them. For instance, we discovered that antisense 2’Omethyl modified oligonucleotides used to block microRNAs, inhibited TLR7 responses in a sequence specific manner. These studies, along with on-going work in my lab, suggest that a full understanding of the immune modulatory effect of oligonucleotides is essential to avoid unintended effects, including immune suppression (which has to date been ignored by the field).

What free time? I have two young children (6 and a half and a 3-year-old), and between the lab and them, I guess my free time is limited to a trip to the barber these days!

Even though I have lived in Australia for the past decade, I must admit I still cannot swim freestyle – which is a big deal here since swimming is probably the most common sport…