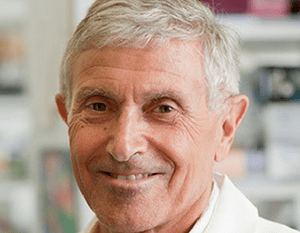 Dr. Rossi has had a more than forty year career focusing on the development of nucleic acid-based therapies and RNA interference approaches for the treatment of AIDS, cancer, and other major diseases. He is considered a world leader in this field. In 2011 he was elected as an AAAS fellow in Medical Sciences and in 2019 he received the Outstanding Achievement Award from the American Society of Gene & Cell Therapy. He is also an active participant in graduate education, and is Dean Emeritus of the Irell & Manella Graduate School of Biological Sciences.

Dr. Rossi is a current member of City of Hope’s Beckman Research Institute Board of Directors, a not-for-profit corporation which operates a tertiary cancer hospital and research center. He is also Lidow Family Research Chair and Chair and Professor of the Department of Molecular and Cellular Biology of Beckman Research Institute. In addition, he served as Director of two biotechnology companies.

He was co-founder of several biotechnology companies, including Dicerna Pharmaceuticals, Inc., MiNA Therapeutics, iSTAT Therapeutics, Apterna, and Calando Pharmaceuticals, Inc. for which he has served as Chairman and is currently a member of the Scientific Advisory Board. He also currently serves or has served as member of the Scientific Advisory Board for six other biotechnology companies (SEKRIS Biomedical, Inc., Arrowhead Research Corporation, Kylin Therapeutics Inc., VIRxSYS Corporation, Benitec Biopharma Limited (also known as Benitec Ltd., Nanoviricides, Inc.). Dr. Rossi is a graduate of the University of New Hampshire and received his PhD in microbial genetics from the University of Connecticut. Following a post-doctoral fellowship in molecular genetics at Brown University Medical School, he has been on the faculty of City of Hope since 1980.

View All Officers
Previous
Next