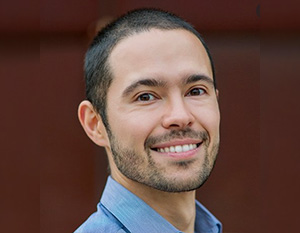 Bruno Godinho received his foundational pharmacy training at the Lisbon School of Health Technology (ESTESL, Portugal) where he obtained his Bachelor’s degree in Pharmacy. During his time in college he undertook research internships at Utrecht University (Utrecht, The Netherlands) and Universidade NOVA de Lisboa (Caparica, Portugal), which were key shaping his interest in pursuing a career in scientific research. His Master degree in Clinical Pharmacology obtained at the University of Glasgow (Scotland, UK) fostered, for the first time, his interest in gene therapy and gene silencing. He later received his Doctorate degree from University College Cork (Cork, Ireland) where he studied formulation-based approaches for the delivery of therapeutic oligonucleotides to the central nervous system (CNS). He then joined Prof. Khvorova’s Lab at the RNA Therapeutics institute (UMass Medical School) as a postdoctoral fellow to learn and gain experience in the design and delivery of fully-modified conjugated therapeutic oligonucleotides. During his training he made significant contributions towards the identification of neuroactive siRNA scaffolds that enable potent and sustained gene silencing in the CNS, without the need for synthetic formulation. In 2016, he received the Milton-Safenowitz Post-Doctoral Fellowship Award from the Amyotrophic Lateral Sclerosis Association (ALSA) to support his research. Bruno is also the recipient of other career awards, including the Dr. Alan M. Gewirtz Memorial Scholarship Award (Oligonucleotide Therapeutics Society), the STAT 2019 Wunderkind Award (STAT News) and a Silver Medal from the Polytechnic Institute in Lisbon (Instituto Politécnico de Lisboa). While a postdoc, Bruno acted as an Adjunct Professor at the Lisbon School of Health Technology (ESTESL, Portugal) and Guest Lecturer at the Instituto de Engenharia de Lisboa (ISEL), teaching pharmacy-related subjects and advanced therapeutics.

At Atalanta Therapeutics, a CNS-focused RNAi therapeutics company, Bruno leads platform development and innovation efforts, and is the lead in vivo pharmacologist for several internal and partnership programs.