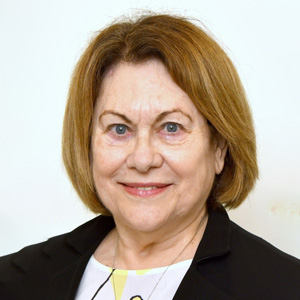 Hermona Soreq, PhD
The Slesinger Professor of Molecular Neuroscience at The Hebrew University of Jerusalem’s Edmond and Lily Safra Center for Brain Sciences (ELSC) and the Silberman Institute of Life Sciences

During my PhD studies I explored mRNA features and used highly purified bacterial polynucleotide phosphorylase to demonstrate that the 3’-poly(A) tail of mRNA stabilizes it. The success of that project, which preceded other reports in the field, attracted my attention to the basic features of mRNA, its stability and the agents destroying it, which is what I have studied ever since. Specifically, I explore the complex impact of non-coding RNA controllers on brain-to-body functioning which is largely unresolved, although microRNAs (miRs) and transfer RNA fragments (tRFs) rapidly acquire wide recognition as global controllers of regulatory processes. My studies are focused on acetylcholine (ACh)-related pathways and I aim to combine advanced computational neuroscience with sequencing technologies, transgenic engineering and microscopy analysis tools to investigate controller RNA functions in the healthy and diseased brain and body. I discovered primate-specific “CholinomiR” silencers of multiple genes that compete with each other on suppressing their targets and identified cholinergic brain-to-body regulation of anxiety and inflammation. In Israeli human volunteers, we found cholinergic-associated pulse increases under fear of terror; and identified massive CholinomiRs decline in Alzheimer’s brains, which accompanies changes in long non-coding RNAs and points at Statins and circular RNA interventions with Parkinson’s disease progression. In engineered mice, we study CholinomiR and CholinotRF responders to inflammation, ischemic stroke, epilepsy and liver fattening, as well as trait anxiety, blood pressure and inflammation. Identifying CholinomiR differences between men and women living with schizophrenia and bipolar disorder, and modified structure of cholinergic interneurons under mild social stress, our work leads to molecular neuroscience-driven prevention and/or intervention with diseases involving impaired ACh signaling. My work has been recognized by three honorary PhDs (in Stockholm, Erlangen and Beer Sheva) and several prizes, culminated by the 2022 EMET prize in Neuroscience, awarded by the Israeli prime minister.

Prof Uri Littauer, Israel was my PhD supervisor; he worked on tRNA fragments accumulating in bacteria under macrophage infection and outlined a relevant project for me which involved purification of the bacterial enzyme polynucleotide phosphorylase to synthesize those fragments. However, at that time, he did not attribute to the tRNA fragments any biological function. To follow mRNA longevity, I joined an EMBO course taught by John Gurdon, UK, and used microinjected frog oocytes as mini research tubes; then I was trained in molecular cell biology by James E Darnell the 3rd, at the NYC Rockefeller University.

I collaborated with Fritz Eckstein from Gottingen, who was one of the original inventors of RNA-therapeutics and one of the very first members of OTS. Fritz enrolled me as well

Why do you continue to support the society?

Because I believe in its cause and since RNA-therapeutics has now become a reality, after many years when I was being told that my ideas ‘precede the time’.

What is special about the type of research/work you have done?

I explore the power of antisense oligonucleotides that are chemically protected in their 3-3’ nucleotides only to block the function of their transcript targets which carry complementary sequence motifs; this implies that once these nucleotides are gone, the oligonucleotide will be totally degraded, avoiding off-target effects due to short chains that may remain. Our oligonucleotide agents reached successful completion of 2nd phase clinical trials in the muscle-weakening disease myasthenia gravis and in Crone’s disease, and we hope that now that RNA-therapeutic became a world-wide reality these agents will complete the journey and become real drugs.

Any other fun facts/tidbits you would like us to know!

Currently I’m reading the book named ‘Roller Coaster’ by Ian Kershow on the late years of the 20th century, which is scary as it predicts the current crisis. I am also preparing kumquat marmalade following the recipe that the late Julia Eckstein taught me many years ago, and I have several hundred thousand frequent fly miles soon to be re-activated.