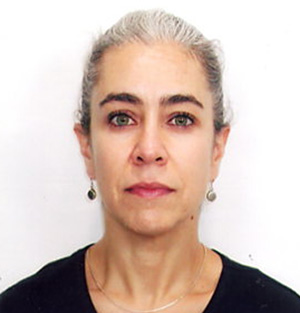 I was trained as a biochemist at Universidad de Chile, in my native Santiago. I had always been fascinated by nucleic acids and genetic diseases so, upon graduating in 1987, I sought to acquire further knowledge in molecular genetics. I pursued graduate studies at The Johns Hopkins University (JHU) in Baltimore, training in nucleic acids chemistry and molecular biology during my doctorate and then in human genetics during my first postdoc. I returned to Chile in 1995 and held two short positions at Pontificia Universidad Católica de Chile (PUC), as a postdoc working on xylanase genes of biotechnological relevance, and as a research associate in molecular oncology. In 1997, I was recruited by Universidad de Chile to join two colleagues in building a new laboratory and launching a Gene Therapy Program based on research and graduate teaching. I embraced the challenge enthusiastically and our Laboratory of Gene Pharmacotherapy was inaugurated in 1999.

Initially, our research focused mainly on gene and oligonucleotide therapies for alcoholism, being led by our senior colleague who paired his lifetime expertise on alcoholism with my specialty in molecular biology. In collaboration with others we designed and taught an extremely successful graduate course, “Gene Expression and Gene Therapy”, a pioneering initiative in Chile. As organizer and main lecturer of the course from 1998 to 2012, my interest in the therapeutic potential of nucleic acids grew steadily and demanded constant updating. I developed a particular interest in aptamers, ribozymes, gene surgery, and RNA reprogramming. In 2013, I tailored an elective course for two professional degrees, Biochemistry and Pharmacy. I called it “RNA and DNA: Medicines for the 21st Century” and taught several editions of it on a solo basis.

Although I am no longer at Universidad de Chile, where I was faculty for 21 years (1997-2018), my interest in therapeutic nucleic acids, especially oligonucleotides, continues to fuel my scientific pursuits (vide infra).

Who were your early mentors? What is special about the type of research/work you’ve done?

I will be forever grateful to Carmen Rüttimann, who taught me to approach, endure and enjoy science at the bench while initiating me in hands-on molecular biology during my Biochemistry thesis in Rafael Vicuña’s lab at PUC. Later, at the JHU Chemistry Department, I stepped into the RNA world as a doctoral student in David Draper’s lab, where various structural and functional studies were being carried out with ribosomal, messenger and oligonucleotide RNA, ribosomal proteins and antibiotics. It was exciting to be there in the late 80s as the discovery of ribozymes pushed RNA into the spotlight. I worked on dissecting a large ribosomal RNA to uncover its determinants of recognition by a ribosomal protein, for which I did SELEX in the early 90s. I then moved to the JHU Medical School as a postdoc in David Valle’s lab, a super-hotspot in human genetics. I was thrilled to finally have the opportunity to address the molecular genetics of a medical condition. I worked on human adrenoleukodystrophy, one of several peroxisomal disorders being unraveled at the time. David Valle’s energy and enthusiasm were galvanizing. He paid great attention to the human factor in scientific research, something I have tried to instill in my own academic life. David Draper and David Valle were both superb scientific writers. Working with them reinforced in me that striving to attain self-imposed high standards in scientific writing is worthwhile and intimately rewarding. Being part of these two labs at The Johns Hopkins University was a privilege. It prepared me to follow the field of therapeutic nucleic acids and to contribute to it from Chile, while hailing its milestones throughout two decades.

I attended the 2012 (Boston), 2016 (Montreal) and 2017 (Bordeaux) meetings. I celebrate the blend between academia and industry, the inspirational drive to make it to the bedside, the sporting of rigorous science to overcome each hurdle, the hearty educational sessions, the general spontaneity and friendliness, the no-simultaneous-sessions format that allows me not to miss anything, the inclusive broad international base, the intercontinental settings, and the opportunity for crafting camaraderie during group meals. Limiting the common ground to “therapeutic oligonucleotides” sustains the personal and lively scientific exchange that makes the OTS special.

In 2010, I embarked in the development of RNA aptamers as antidotes for the venom of Loxosceles spiders, which are of medical importance worldwide. Their bite can lead to severe wounds in the skin, disfiguring scars, amputations, and even death. Horse antisera are neither safe nor provenly effective as treatment for the envenomation. An antidote designed to neutralize the venom’s main toxin needs to be available extracellularly and transiently and should be deployed in the skin and/or the blood, where its target triggers harm. These are three great advantages for a therapeutic oligonucleotide. Having obtained aptamers that prevent dermonecrosis in vivo (in rabbits), further research should yield a safe and effective Pan-American or even worldwide RNA antidote for loxoscelism. I am looking for funding to resume this adventure.

Experiencing art in every way. Museums (all flavors), musical theatre, ballet, opera, concerts, and botanical gardens are wonderful treats in any and every part of the world. I love taking dance lessons, a magical potion for body and soul. My longtime favorite is tap dancing. I wonder if there are any other hoofers in the OTS crowd…