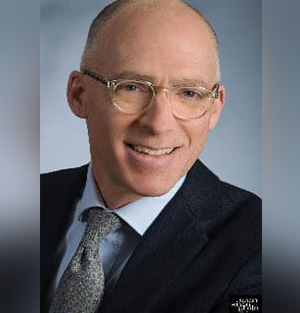 I first became interested in oligonucleotides in the early 90’s, when I was a visiting scientist in a molecular biology lab and came across some of the early work of Isis (now Ionis). I found the concept of gene-directed medicines quite intriguing. This pre-dated my entering the drug delivery field, so at the time I did not fully appreciate the technical challenges associated with antisense delivery. My interest in oligonucleotides as therapeutics was re-kindled in the early days of RNAi, and became a full-time focus when I joined Merck’s Sirna unit as head of delivery in early 2008.

I had the privilege of reporting directly to two giants in the RNA field, Alan Sachs at Merck, and, later, Art Krieg at Pfizer. I learned a tremendous amount from each of them.

Like many in the OTS, I was recruited by Art Krieg! Although I had been a society member for many years, my involvement was limited to attending the annual meeting. Then in 2014 I was invited to join the society’s Scientific Advisory Committee.

OTS is at the forefront of addressing one of the most compelling questions in biotech, namely, how to leverage a burgeoning understanding of RNA’s role in biology for the advancement of human health. In support of this mission the Society plays an important role in championing connectivity across RNA research areas, bridge-building between academia and industry, and strong science. In addition, the Society increases the field’s visibility through its high-quality annual meeting and journal. This mission is particularly important as the promise of RNA-based therapies is increasingly recognized by the broader industry.

The first half of my career focused on delivery technologies for proteins and peptides, particularly those based on polymeric systems. The majority of this time I was at Amgen where we brought the substantial resources of a fully integrated industry leader to bear in our mission to translate various new technologies. When I entered the RNA field–then dominated by relatively small players–this type of approach was the exception and not the norm. The successes the field has seen in the recent past demonstrate that, for durable progress, all the research and preclinical tools of drug development are necessary—chemistry, PKDM, toxicology, etc. Oligonucleotide delivery is not simply a formulation problem. In my consulting practice, this is the perspective I bring, to clients both large and small.

In my free time I enjoy cycling, classical piano, and cooking.

I once gave a technical talk in Japanese!