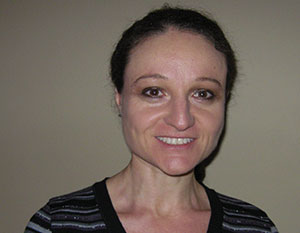 I obtained my PhD at Duke University in 1999 when the therapeutic potential of RNAi-based therapies had just been unveiled. This moved me to pursue postdoctoral training positions to learn about breakthroughs in cell/molecular biology and RNA therapeutics. My first postdoc position was with Dr. Joseph Nevins in the Department of Genetics at Duke. Under Joe’s mentorship, I learned about transcription factors and their role in regulating the cell cycle and in disease. It was in Joe’s lab that I demonstrated that distinct E2F isoforms (E2F1, E2F2, and E2F3) regulate different subsets of genes. Given the impact of these findings at the time, this work resulted in several high-profile publications. In 2004, I became interested in translational research and was fortunate to have the opportunity to work in the lab of Dr. Bruce Sullenger in the Department of Surgery at Duke University. For the next 3 years I focused on developing RNA aptamers for targeted therapies. During this time, I pioneered the use of aptamers for delivery of siRNAs to target cells. In 2007 I was appointed Assistant Professor in the Department of Internal Medicine at the University of Iowa. Since my appointment, my laboratory has pioneered the development, optimization, and in vitro and in vivo characterization of cell-specific RNA aptamers (RNA SMART Drugs) for the treatment of cancer (breast and prostate) and vascular disease. In 2013, I was promoted to Associate Professor of Internal Medicine. In April 2018, I took a full-time position as Director of Rare Diseases at Moderna, Inc. (Cambridge, MA) to work on mRNA therapies for rare metabolic diseases. In June of 2020, I transitioned to Adjunct Professor of Internal Medicine at the University of Iowa. In January 2021, I joined Wave as VP of Biology and remain excited about the promise of oligonucleotide therapies for treating disease.