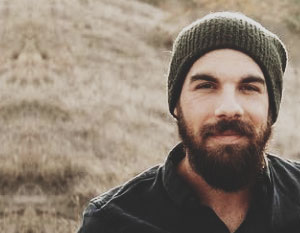 Joseph Ochabareceived his B.S. in Biology from San Diego State University in 2011 and his Ph.D. in 2016 from the University of California, Irvine working under the guidance of Dr. Leslie Thompson studying Huntington’s disease (HD). His research focused on studying the role that SUMOylation (a post-translational modification pathway) plays in neurodegenerative disorders such as HD and Parkinson’s disease. Here he identified a factor within the SUMO-conjugation pathway which may serveas a potential therapeutic target for the disease. In addition, he also identified a novel role for the huntingtin protein itself in autophagy and how expansion of the poly-Q repeat may impair this function and protein clearance networks in disease settings.

In 2017, he started his current position as apostdoctoral fellow at Ionis Pharmaceuticals, where his work has focused on interrogating the role of autophagy in antisense oligonucleotide activity and trafficking in both healthy and disease states. Joseph has a keen interest in developing junior scientists through serving as a mentor for both high school and undergraduates working in the lab. He also has a history of participating in and establishing various community outreach programs to increase scientific awareness and involvement.