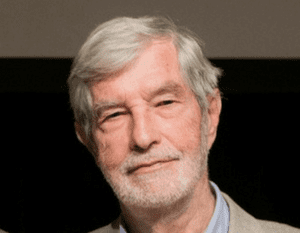 Dr. Eckstein received a Ph. D in chemistry in 1960 at the University of Bonn in Germany. This was followed by postdoctoral study at the University of Toronto for 2 years with Prof. H. Baer synthesising phosphatides. He then moved as a 1962-1963 postdoc to Harvard University with Prof. R. B. Woodward working on the synthesis of vitamin B 12. On returning to Germany he joined the Max-Planck-Institute for experimental medicine in Goettingen in the department of Prof. Cramer, subsequently as a group leader, and from 1972 on also as adjunct professor at the University of Goettingen.

This was the beginning of working on nucleic acids, in particular on their chemical modifications. This interest led to the development of the phosphorothioate modification with unexpected properties. Among these are the resistance to nucleases which made this modification particularly interesting for therapeutic oligonucleotides. In addition, there is the nucleophilicity of the sulfur for the attachment of reporter groups and its reaction with iodine for cleavage. Dr. Eckstein had several sabbatical leaves of various lengths.

Among these were one in 1980 at the University of Washington in the Dept. of Pharmacology with Prof. D. Storm, one in 1987 at the Medical Res. Council in the Laboratory of Molecular Biology with G. Winter in Cambridge and one in 1998 at the Hebrew University in Jerusalem in the Department of Biological Chemistry with Prof. H. Soreq. From this university, he received an honorary Ph. D. in 2006. Dr. Eckstein became a member of OTS right from its foundation in 2002. He was honored with the inaugural OTS Lifetime Achievement Award in 2014.