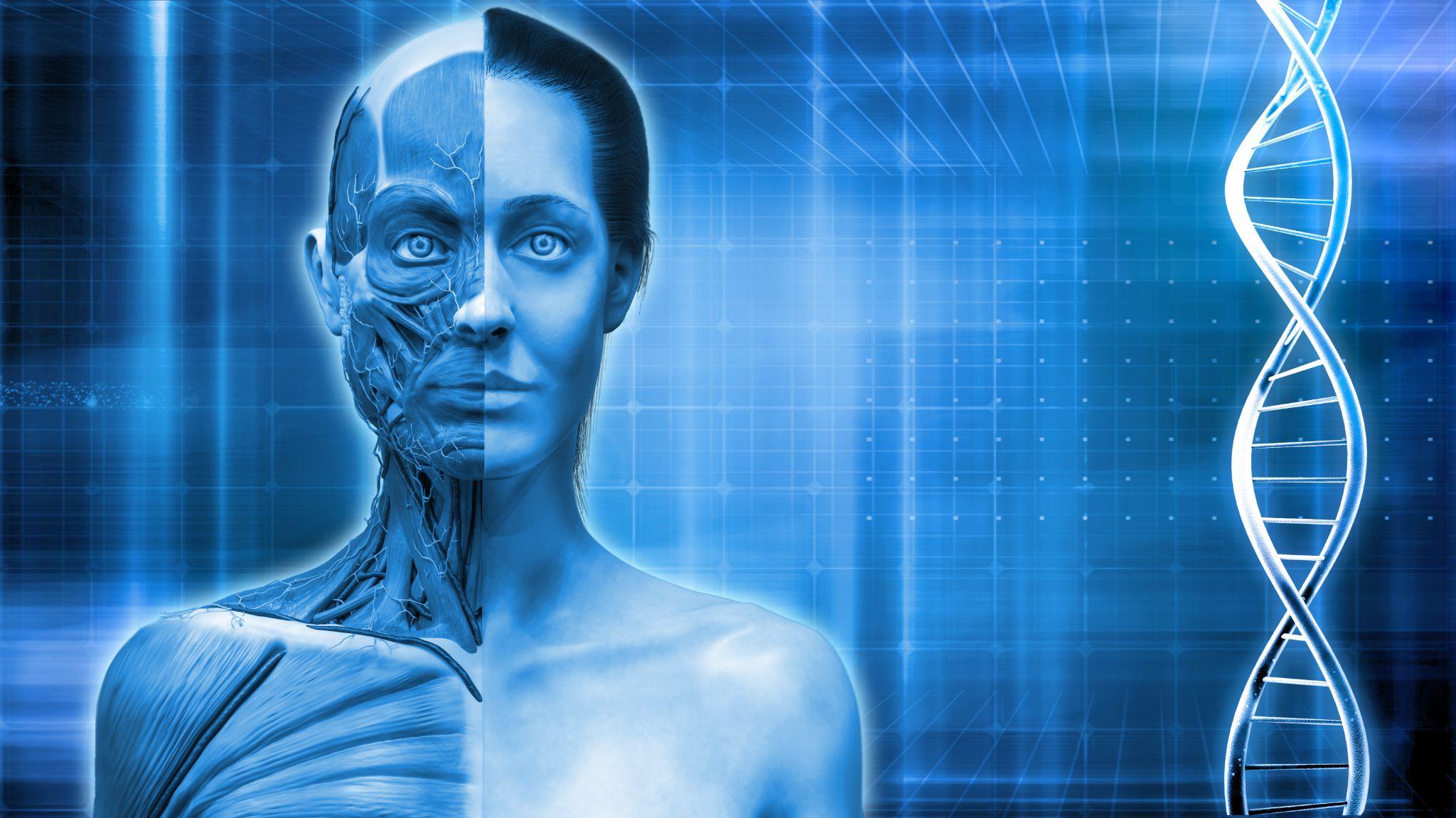 In 2018, Susan Dillon and Karyn O’Neil knew they had created something special that could change the treatment of genetic diseases. Now, their company’s drug that uses their proprietary technology has been granted orphan drug status by the U.S Food and Drug Administration (FDA). The drug, ABX1100, is designed to treat the debilitating genetic condition called Pompe disease. What makes the treatment unique from other oligonucleotide therapies is its ability to specifically target the defective gene in multiple muscle tissues.

“We are pleased to have received this designation and are gratified by the FDA’s recognition of the potential of ABX1100 to improve the lives of patients living with Pompe disease,” said Mittie Doyle, MD, FACR, Chief Medical Officer of Aro Biotherapeutics. Doyle added that the novel treatment could address a great unmet need for the disease.

Pompe disease is a rare genetic disease affecting one in 40,000 Americans. The condition is driven by mutations in the gene that codes for an enzyme called acid alpha-glucosidase (GAA), that’s responsible for breaking down glycogen in the muscle. The mutations result in the production of dysfunctional GAA or may reduce or completely eliminate the production of GAA. Eventually, as GAA is unable to do its job, the toxic buildup of glycogen spurs the disease’s progression, causing debilitating muscle weakness that leaves most patients in a wheelchair and on oxygen.

Classic infantile-onset Pompe disease is the most severe type of the condition and is expressed at a few months old. Symptoms include low muscle tone, difficulty eating, muscle weakness, poor neck and head control, developmental delays, and respiratory difficulties. Without treatment, it can be fatal within two years of life.

The non-classic infantile-onset form of the disease manifests with similar symptoms around one year of age. However, heart failure and problems are less prevalent in this type, but without treatment, it is no less fatal, with many patients not living past early childhood. A milder but still severe form of the disease is called late-onset Pompe disease, which manifests in late childhood through adulthood.

Currently, the approved treatment for Pompe disease is Enzyme Replacement Therapy (ERT), which delivers recombinant GAA intravenously. However, its inability to efficiently target and deliver ERT to the skeletal muscle limits its efficacy. It is also immunogenic in many patients and very inconvenient, as patients receive an IV infusion that takes 4-7 hours, and this must be done every two weeks. Furthermore, even with treatment, the disease continues to progress.

Aro Biotherapeutics’ method for treating Pompe disease is known as substrate reduction therapy (SRT). The drug, ABX1100, works by targeting the gene for glycogen synthase 1 (GYS1) — an enzyme responsible for glycogen synthesis in the muscle. Research has found that inhibiting GYS1 lowers the levels of the sugar molecule that spurs the disease.

ABX1100 contains a siRNA that’s attached to Aro’s unique technology known as centyrin. In this case, CD71 Centyrin, a modified protein designed to bind to receptors on the surface of muscle cells, delivers the therapy. As the GYS1 gene is “read,” a messenger RNA, or mRNA, carries the genetic code to the cell’s protein-making machinery. It’s at this point that ABX1100 jumps in and binds to the mRNA, degrading it and preventing the production of the GYS1 protein.

Aro Biotherapeutics has found promising results in the Pompe mouse disease model, showing that the drug meaningfully reduces glycogen levels in the skeletal muscle and also decreases GYS1 in cardiac muscle to a lesser extent, with little effect on the liver or kidneys.

At the 2022 OTS Meeting, Karyn O’Neil shared further developments of ABX1100. In a non-human primate study, NHPs were dosed every two weeks, receiving a total of four doses. With higher doses, 80-90% GYS1 knockdown was observed in various muscles (quadriceps, diaphragm, gastrocnemius, and heart), with no adverse safety findings.

ABX1100 was recently granted Orphan Drug and Rare Pediatric Disease designations. A pre-IND meeting is scheduled, and they are on track to enter clinical trials for the drug in mid-2023.

The power of the “super small and ultra-stable” centyrin

Dillon and O’Neil, two former Janssen Pharmaceutical executives, created the potentially game-changing technology known as centyrin — a “super small, ultra-stable and highly soluble” engineered protein derived from the human protein called Tenascin C that is found in some tissues’ extracellular matrix. Centyrins can bind to the receptors of cells in need of treatment.

Historically, oligonucleotides have been limited in their ability to target specific sites that are outside the liver (1). Centyrins offer a solution to this delivery shortcoming by recognizing specific cells that chemically attach to the oligonucleotide. Akin to a GPS that directs your car to the right location, centyrin delivers the treatment to the correct cellular address.

Dillon explained that in addition to their lack of site-specificity, two other challenges with genetic medicines are that some are unstable in the blood and that they also tend to accumulate in vital organs, mainly the liver and kidney. “If you have a disease where you want to be able to get the genetic medicine to a different tissue, it can present difficulties because most don’t get to where they’re supposed to be by themselves,” Dillon said, adding that the only way it’s possible to overcome this is if the medicine is injected directly into the diseased tissue. Centyrins help deliver genetic medicine inside specific cells and could change the way other treatments are delivered.

A 2021 study by Klein et al., published in Molecular Therapy, demonstrated that Centyrin-siRNA conjugates could suppress tumor cell growth of colorectal cancer caused by an APC gene mutation; previous anti-cancer drugs have been limited in their lack of cell-specific delivery and in overcoming intracellular barriers (1). Like antibodies, centyrins can be created to bind with high affinity and selectivity to numerous antigens, making specific tumor targeting across a broad range of tumor antigens possible (1). Previous approaches to deliver siRNAs to tumor tissues were not selective to tumor cells and were sometimes toxic (1).

“Centyrins are particularly amenable to rapid evaluation of intracellular siRNA delivery potential due to the ease of selecting new ligands and introducing functionalities for site-specific conjugation,” the study states, noting that because centyrins do not contain the cysteine amino acid, adding a defined number of siRNA molecules is easily done using conjugation strategies like peptide ligation (1).

Interestingly, Klein et al. note that they were able to engineer a single centyrin carrying two different siRNAs with no loss in potency (1). “Such dually conjugated molecules may be beneficial in order to develop therapies to prevent resistance mechanisms by targeting two either horizontal or vertical gene inhibition strategies,” Klein said. “Alternatively, two different siRNAs targeting the same gene could be delivered with the potential to achieve enhanced efficacy.”

“Overall, these data demonstrate the potential of Centyrin-siRNA conjugates to target cancer cells and silence oncogenes, paving the way to a new class of anticancer drugs,” Klein states (1).

Dillon said that as they continue to optimize the technology, she eventually sees it as a new approach to treating a variety of diseases that require precise, targeted therapy, and she hopes it will have the ability to target several genes.

Founded in 2018 by Dillon and O’Neil, Aro Biotherapeutics is a Philadelphia-based company pioneering the path for tissue-targeted genetic medicine based on its proprietary centyrin technology.

In December 2019, Aro and Ionis Therapeutics partnered to advance a variety of antisense oligonucleotides (ASO) with the goal of enhancing a more efficient delivery system for the drugs using the centyrin technology.

“We remain excited about the promise of our combined technologies to bring new treatment options to patients,” said Dillon. “Ionis’ work in RNA-targeted therapeutics is transformative and we look forward to the continued advancement of new ASO-Centyrin therapeutic candidates as part of our collaboration.”

The future of Pompe treatment and Aro Biotherapeutics

Aro Biotherapeutics’ novel approach to treating Pompe disease could change how other genetic disorders and diseases like cancer are treated. As the clinical trial for ABX1100 starts in the coming year, the company is also focusing on using the technology for immune diseases and other genetic muscle conditions. Their proprietary centyrin technology overcomes the typical shortcoming of not being able to deliver the drug to the specific area in need, and the clinical results could pave the path for more medicines that use this technique.